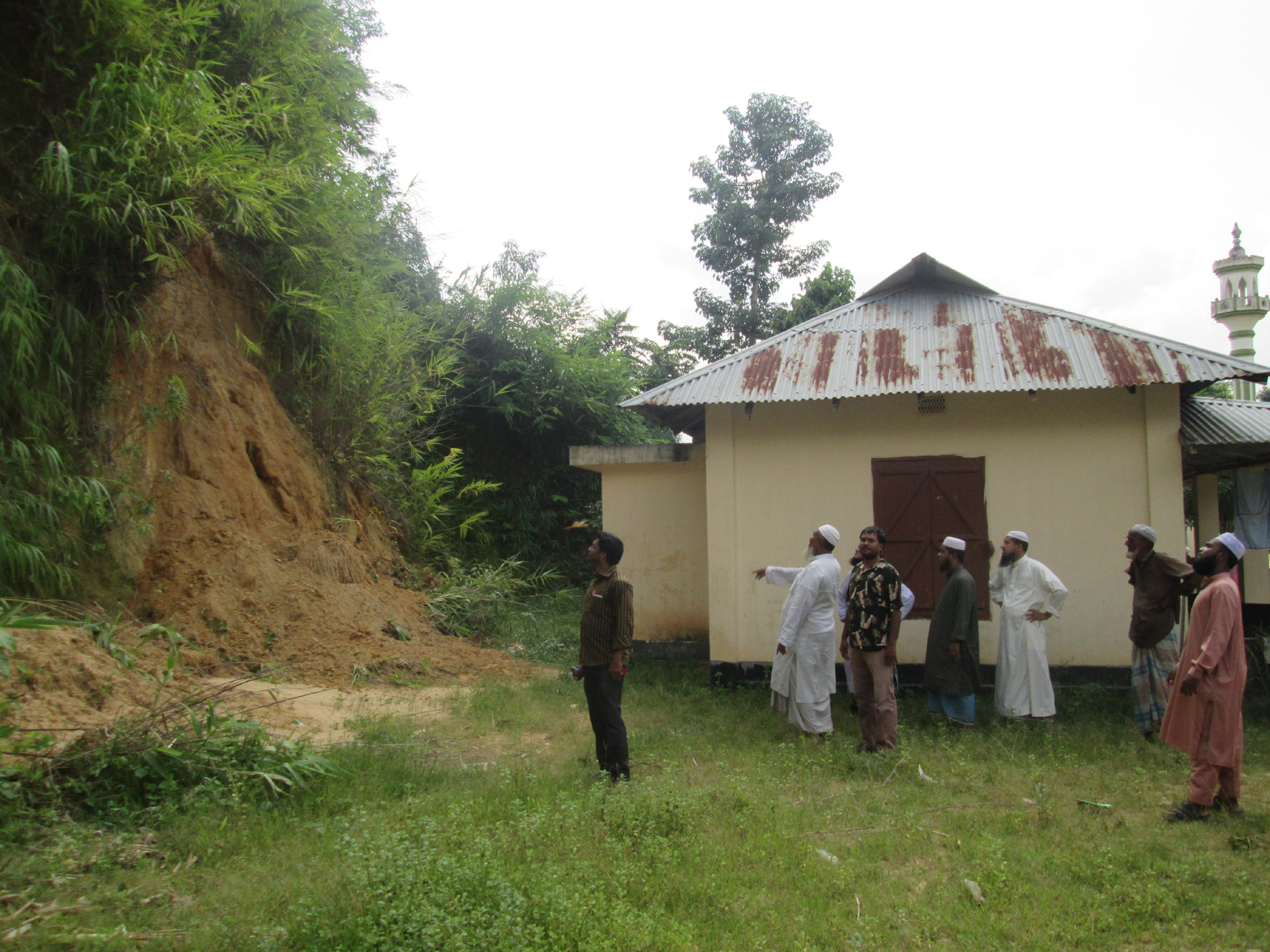 KHAGRACHHARI: At least 350 students of Matiranga Darussunna Ebtadayee Madrasha under Matiranga upazila in Khagrachhari district are in river erosion and hill slides panic.

The panic gripped among them as river erosion is too near to engulf their classroom, student hostel and superintendent resident while a hill slides held on last August 14 to the back side of their class room.

Residential students can’t even sleep at night due to the panic of river erosion and take shelter at nearby concrete mosque to save their life, same sources confirmed.

Mohammad Aslam, a resident student of the Madrasha said they took shelter inside mosque and mosque varenda in last few days indecent rains due to panic of river erosion and hill slides. 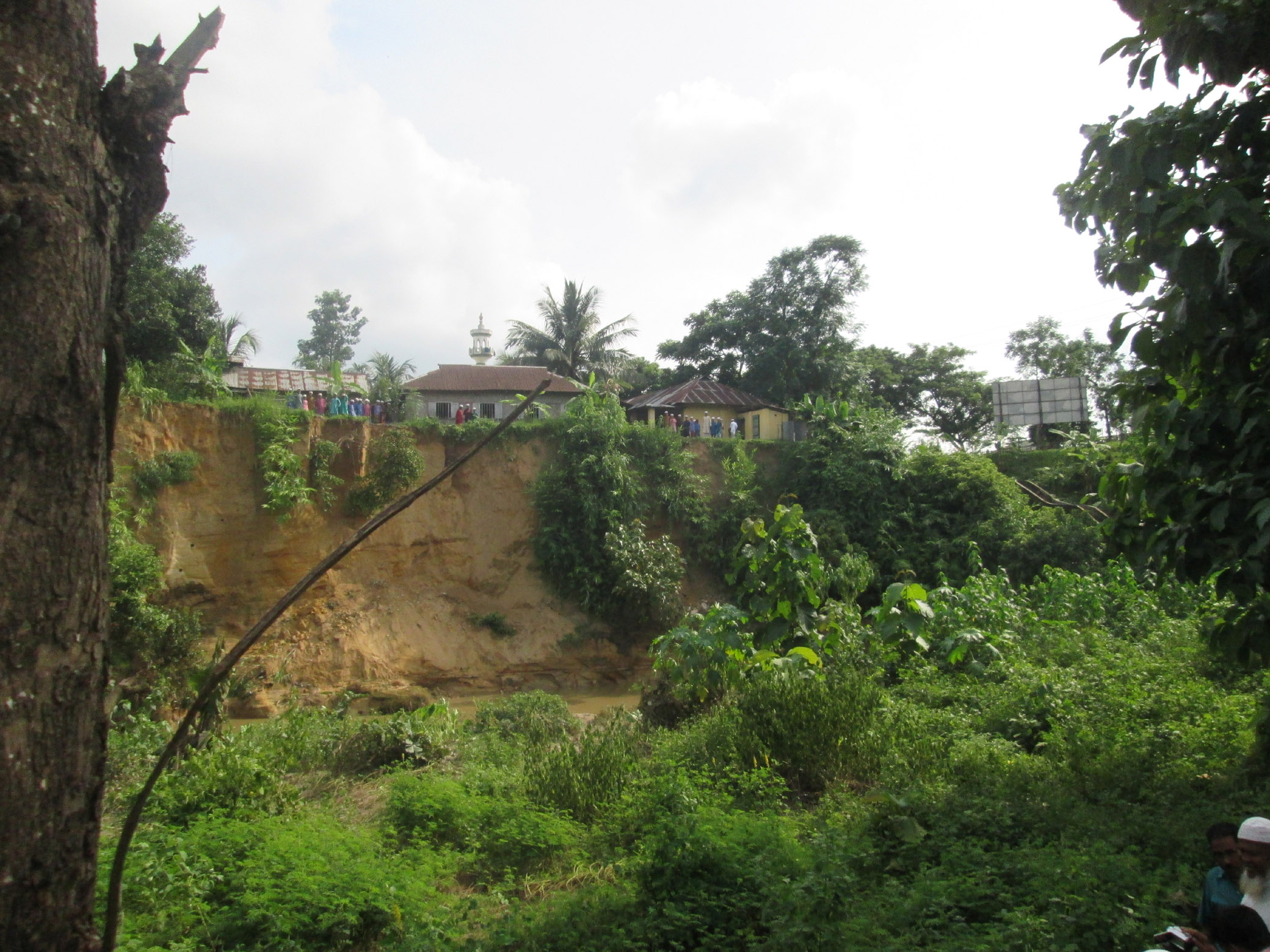 “We are in panic as river erosion engulfed our student’s hostel, a cook house and two toilets in last year (2013)”.

Shahela Afroz, another non-resident student of the institution said they are in panic of hill slides and river erosion during rainy seasons.

“Most of the time (During heavy rain) our teachers compel to leave us due to the panic of both hill slides and river erosion, she added”.

Mohammad Khokon, a villager said the education institution has been serving education with reputation in the area last 35 years. But it is now in vulnerable condition, he stated adding that if river erosion continues then nearby bridge on Khagrachhari-Dhaka or Khagrachhari chittagong road might be collapsed that suspending normal communication.

“We urged authority concerned to construct a barrage or returning wall to save the institution and save the bridge, Khokon added”.

Mohammad Abdur Rahim, a member of the Madrasha Managing Committee said they have established the educational institution in 1981 aiming to enlighten the hill area. Thousands students came out from the institution till this year and able to lead a happy and prosperous life. But it is matter of sorrow that the light serving institution is itself now in miserable condition due to river erosion from north and hill slides from south sides.

We have requested our leaders including elected local government representative to chalk out a project to save the institution but none can stay beside us, he added.

Talked with the correspondent Matiranga Upazila Chairman Md Tazul Islam said it is difficult for him to take such a big project to save the institution. But he would talk with concerned ministry aiming to save it that expect to serve education light seems earlier.