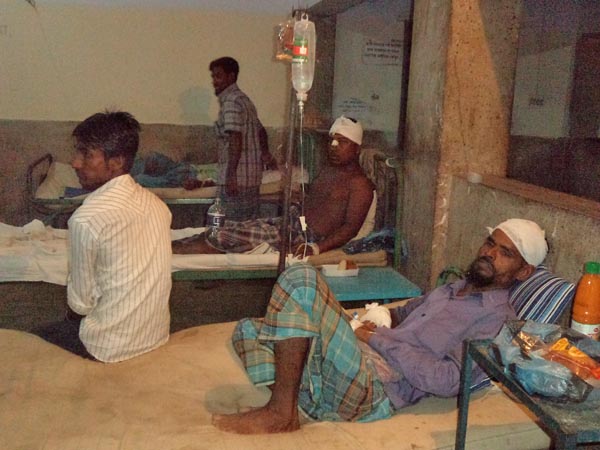 17 Bengali injured on Thursday in evening at 5 to 5:30, feud over football between tribal and Bengali in Rangamati. To control the inauspicious situation, army was deployed in the area. However, locales are terrified.

Dwellers said, Burighat Bazaar and Shapmara Club started the final match at 5pm on Thursday. 23 teams were participated in the tournament organized by Hatimara Club. Defeated by Burighat Bazaar, Bengali-owned team, Shapmara club did not accept the goal. Immediately after the goal, tribal players made an unrest situation and attacked on oppositions. And finally 17 were wounded before the army and the police intervened. Locales took them to hospital. The police and the hospital authority confirmed the news.

10 were admitted to hospital, 7 released after first aid and all were Bengali, source said.