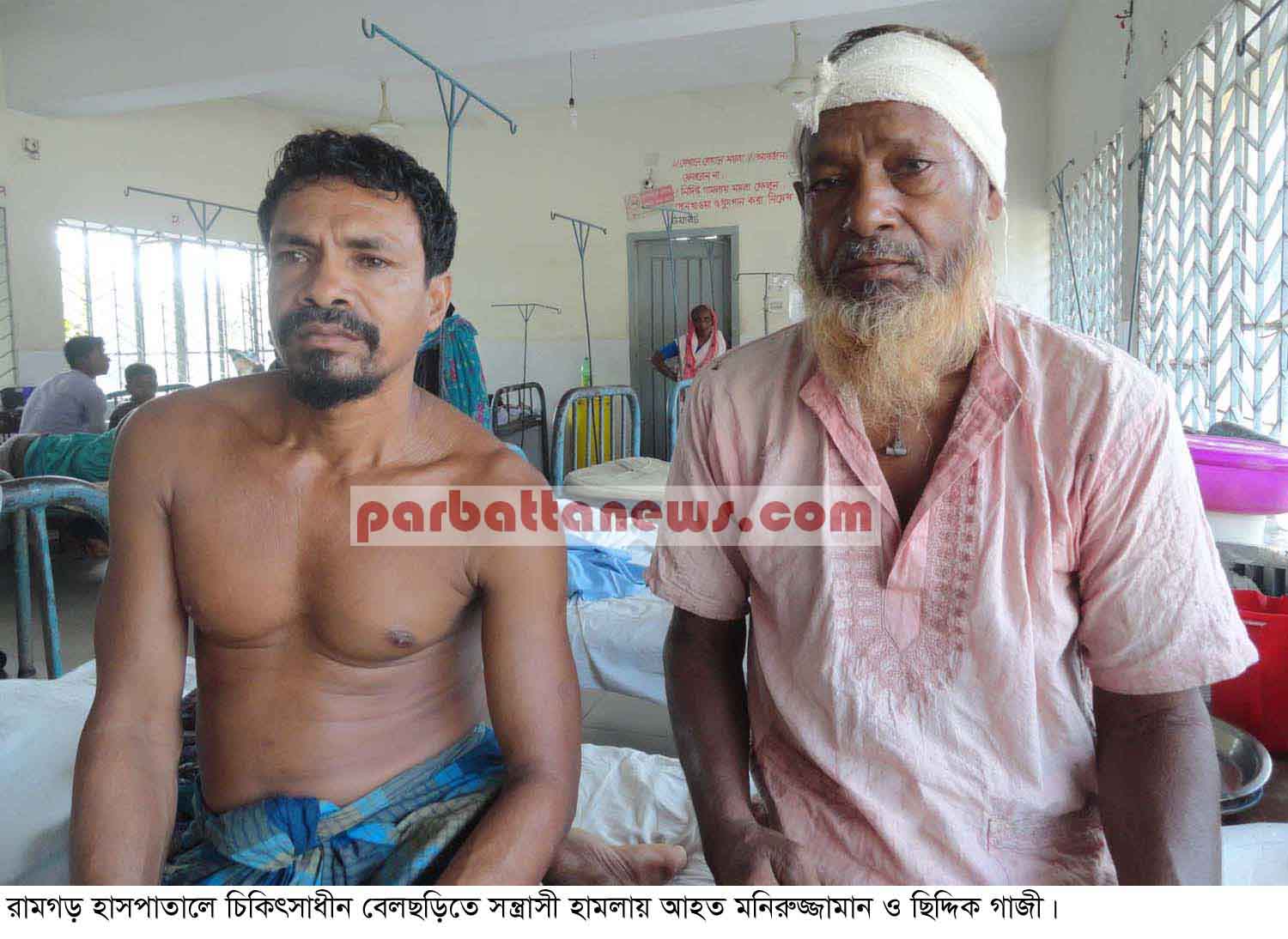 Ramgarh Correspondent:13 Bengali families at Belchari, one of the remote areas of Ramgarh upazilla at Khagrachari was attacked by Tribal outlaws on Thursday night. Tribal outlaws torched a household maliciously. 2 individuals, Abu Bakar Siddik Gazi (55) and Nuruzzaman (30) who are not tribal were burnt badly. 3 households were ravaged by those outlaws.

The residents of those affected households informed, to oust the 13 Bengali family from Boro Belchari Para might be the motive of this violence.Nuruzzaman, the affected one said, 9 to 9:30 at night, 10 to 15 armed tribal terrorists raided his house. They seized their mobile, axe and cutlass at gun point from each house they raided. When he tried to protest to seize his accessories (mobile, axe and cutlass), they beaten him roughly. The torture had not finished there. These tribal terrorists planned to grill him in his own residence. They locked him at his fence-house and torched it. He fled to save his life however. Nuruzzaman assumed, there is a possibility of involvement of Sheikh Ahmed, worker of Globe Company may do this.

He also said, after torched his house, Ahad Ali, and Saddam’s house were raided by them. They attacked at Abu Bakar Siddik Gazi’s household and beaten his son Ahad Ali, Samad and his daughter-in-law Shahanara and Gazi also. They asked their house ownership papers/ deeds. Gazi’s family had beaten because of denying to handover their deed. However, outlaws threatened them all to leave the houses within Friday. Gazi and Nuruzzaman admitted to Ramgarh Hospital at 3 am.

ASP Md. Shahjahan Hossain confirmed about the fire and ravage. He also confirmed that this happened of land dispute and guilt must be punished for this offense.