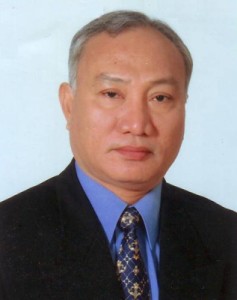 Dipankar Talukdar on Monday said at a rally arranged by Secchasebok league accusing Santu Larma that he based on big conspiracy plot, announced market shut down program that make the shop owners helpless and compel them passing the days without food. He called on the government to take action against terrorists act staging in the hill areas.