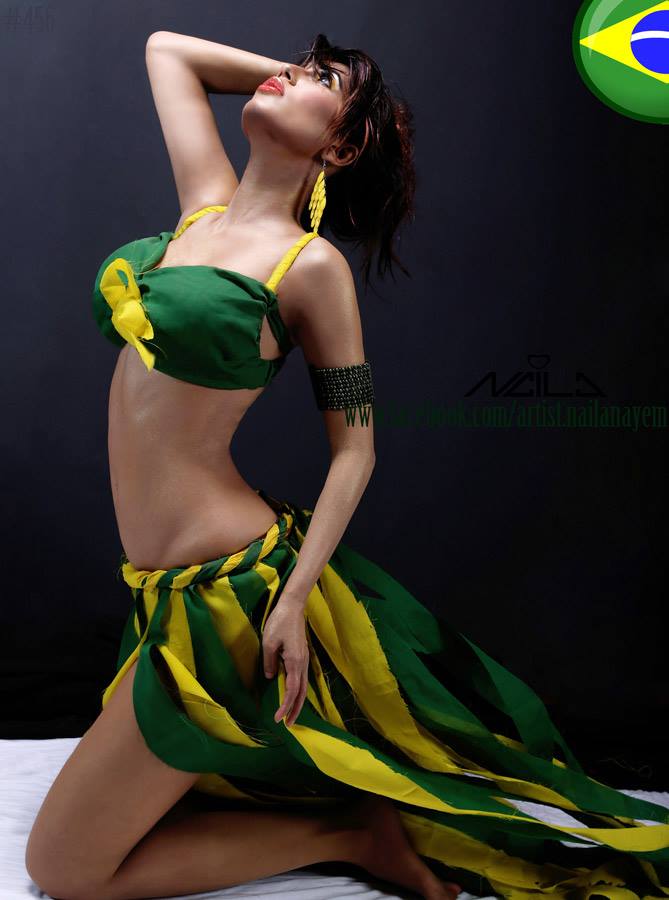 Item girl Naila Nayem is going to perform in a Bangla film for the first time in her career. She has already signed the deed to act in Maruf Taka Dhare Na directed by Khaza Ahmed.

The promising actress said film shooting is likely to be started by the end of August.

She said, “My prime target was to perform a key female role in films though I’ve started as an item girl. After performing as an item girl in the film Run Out, a good number of directors showed their interests to cast me in the same kind of roles. I, however, never toke the road. In fact, I was never interested in commercial purposes, and if I had paid a little attention, number of works in my hand would certainly be increased.”

Dental doctor Naila Nayem has been working as a model for last five years. Her first appearance was made in a Grameen Phone advertisement in 2013.

She has also spread controversy releasing some semi-nude photographs.

She performed in two music videos where she appeared in two titles — Kata Bhalobashi and Vote for Thoant. She was damn hot in the two titles.

Naila completed her dental education in a private college in Dhaka in 2012. Later, she got her master’s in public health from North South University and now provides healthcare in her chamber in the city.

Naila said, “[I’ve been] working in modeling world for last five years. Because of professional duties, I could not fully involved in media works. Now I am completely ready to work in Media as my family backs me up.”