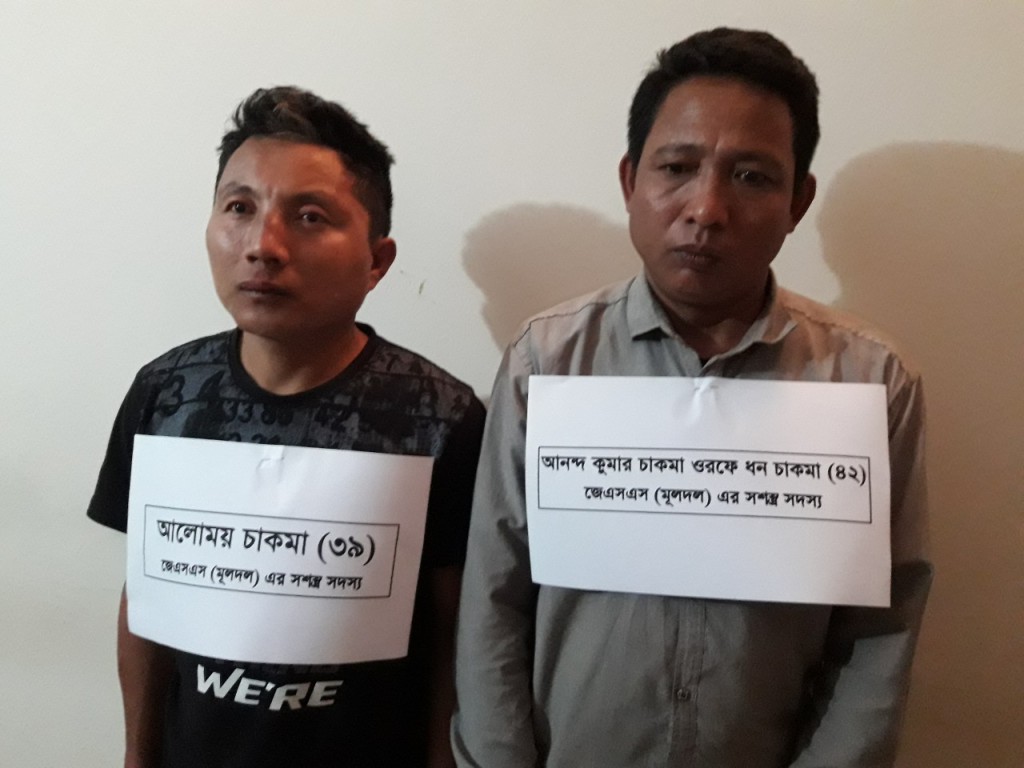 As part of the agreement under the CHT Accord, which was signed between the government and JSS in 1997, the CHT-based regional group was meant to disarm completely, and not maintain any militia force.

They were handed over to local Rangamati Sadar Police station on Wednesday night.

Based on intelligence report, the joint team conducted a raid at Tabal Chhori area at around 6:30 pm and arrested Alomoy Chakma and Ananda Kumar Chakma, two armed group members of the JSS, an officer of Inter Service Public Relation (ISPR) told UNB.

Later, they were handed over to their respective families as they were found innocent.

During preliminary interrogation, the two arrestees (Alomoy and Ananda) revealed that 70 members had received armed training under the militia group of the JSS in November, with plans to give armed training to around 130 new members.

As part of the planning, eight new recruits were receiving training. Of them, six fled the scene during the joint force drive, while the duo– Amar Shanti and Amar Bikash—were taken in by the joint force.