Dhaka’s abstention in Ukraine vote is an anomaly 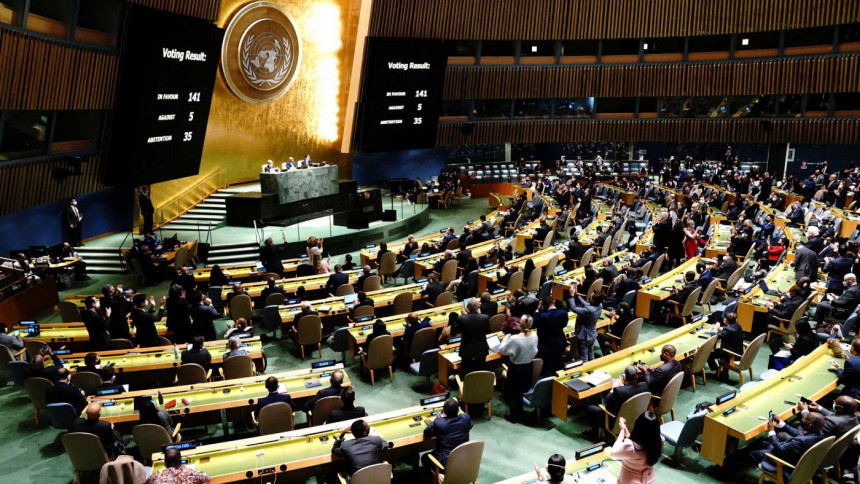 Delegates react as results of the voting are displayed during the 11th emergency special session of the UN General Assembly on Russia’s invasion of Ukraine. Photo: Reuters

Bangladesh’s abstention in the vote on the Ukraine crisis at the United Nations’ emergency special session on March 3, 2022 deserves much more scrutiny than it has received thus far. The resolution condemned Russia’s “military operation,” describing it as an act of “aggression,” criticised the recognition of an independent state of Donetsk and Luhansk in eastern Ukraine, and called for immediate withdrawal of the Russian troops from Ukraine. Of the 191 countries, 141 voted in favour of the resolution. Thirty-five countries abstained from voting, and four countries, including Russia, voted against the resolution. Bangladesh was one of the four South Asian countries that abstained—others were India, Pakistan, and Sri Lanka. Four other South Asian countries, however, voted in favour of the resolution: Nepal, Bhutan, the Maldives, and Afghanistan.

Many in Bangladesh say it’s consistent with the country’s foreign policy, and that the vote was a continuation of its earlier positions in the UN. Such an assertion echoes the government’s claim, but one should ask: is it consistent? What do Bangladesh’s past votes in the UN indicate? The premise of the adopted resolution is the question of a country’s sovereignty and territorial integrity. What stance Bangladesh has taken on these issues should be examined and analysed to understand whether this vote is a departure from the precedents.

What did Bangladesh say?

On February 26, 2022, two days after the Russian aggression began, the Bangladesh foreign ministry issued a statement expressing “grave concern” at the situation in Ukraine, calling for immediate cessation of the ongoing hostilities and military operations in the Ukrainian territory. The statement further said, “Bangladesh believes the obligations stipulated in the Charter of the United Nations regarding prohibition of use of force, respect for sovereignty and territorial integrity, and peaceful settlement of international disputes must be complied with in all circumstances, without exception.” Another version of the statement was presented at the UNGA emergency special session by Monwar Hossain, deputy chief of mission of Bangladesh to the UN. Although Foreign Minister AK Abdul Momen was in New York, he didn’t attend the session.

Since then, the government has provided several explanations of Bangladesh’s decision to abstain. The first explanation was provided by the foreign minister in an interview to a Bangla TV channel in New York. “We are against all wars. We want a peaceful solution to this problem at the initiative of the UN secretary-general,” he said. He further added that, as a small country, all wars and international crises are against the national interests of Bangladesh (Deutsche Welle, March 3, 2022). Later, he also said that Bangladesh had abstained from voting because it wanted peace.

The second explanation came from Planning Minister MA Mannan. He said, “We did not vote on the Russia-Ukraine issue keeping in mind the interests of the country.” The planning minister said Bangladesh was a member of the UN, not an employee. “We will decide whether or not to vote… We did not vote on the Russia-Ukraine issue, mainly considering the interests of the country. We were not alone; many other states have taken a similar position and refrained from voting” (Jugantor, March 5, 2022). On March 6, the foreign minister said, “If you read the draft resolution, you will see that it is not to stop the war. It’s for someone to blame. We want peace. We don’t want a war to be fought anywhere” (Prothom Alo, March 6, 2022).

What these ministers did not mention was that Bangladesh’s position on this resolution was not consistent with the position the country adopted in the past at the UN on the question of territorial integrity and sovereignty of small countries. Bangladesh’s votes at the Security Council and the General Assembly are quite contrary to their claims.

Bangladesh on sovereignty at UNSC

Bangladesh was a member of the UN Security Council (UNSC) in 1979, 1980, 2000 and 2001. One can look at the votes on the question of territorial integrity and sovereignty during these periods. In 1979, in the wake of the border dispute between China and Vietnam, resolution was moved on the situation in Southeast Asia and its implications for international peace and security. The Sino-Vietnam conflict ensued after Vietnam began a military invasion in Cambodia. On January 15, 1979, Bangladesh, along with six other countries, moved a resolution condemning Vietnam’s military operation in Cambodia. The resolution was not adopted due to a veto by the Soviet Union. On March 13 the same year, Indonesia and four countries moved a resolution for an end to the war and for the territorial integrity of Cambodia and Vietnam. Bangladesh voted in favour of this resolution, which was also not adopted because of the Soviet Union’s veto. It should be recalled that at that time, the Vietnamese government was backed by the Soviet Union, while China backed the Cambodian government.

In 1980, the UNSC voted twice on issues like these. One was on the issue of Afghanistan; the other was on the question of Palestinian independence. On January 6, 1980, Bangladesh joined hands with four other countries to introduce a resolution condemning the Soviet Union’s invasion in Afghanistan. The resolution said that Afghanistan’s sovereignty, territorial integrity, and political independence had been violated. This resolution failed to pass, thanks to the Soviet veto. The Palestinian people’s right to freedom was put up for vote on April 26, 1980, with a Tunisian proposed resolution. Despite Bangladesh’s positive vote, it was not adopted due to the US veto. The vote on Afghanistan passed on December 20, 2001, which Bangladesh supported, favouring the integrity and sovereignty of Afghanistan. An analysis of Bangladesh’s vote in the Security Council demonstrates that Bangladesh was not swayed by the list of who was voting in favour, or how the global powers were casting their votes; instead, Bangladesh had taken a principled stance.

The issue of sovereignty appeared in the sixth session on January 14, 1980 on the Afghanistan question. Bangladesh voted in favour of the resolution, against the Soviet Union; India abstained. The seventh session was about Palestine: from July 1980 to September 1982, there were several meetings where Bangladesh voted in favour of all the resolutions adopted on the issue of Palestinian independence, Israeli aggression, settlement, etc. The US has always vetoed these resolutions.

The eighth session (1981) dealt with the issue of Namibia’s independence. The Security Council could not pass a resolution of condemnation and sanctions against South Africa because of the veto from three countries, including the US. The resolution against the occupation of South Africa in Namibia not only called for sanctions, but also expressed support for the South West Africa People’s Organization (SWAPO), a pro-independence party. The resolution called on countries and international organisations around the world to help SWAPO, and even to provide military assistance. This is worth highlighting because the reason for Bangladesh’s objection to the Ukraine resolution was that it was not only a censure motion, but it was also to “blame.” The Namibia resolution blamed the perpetrator, South Africa, in an unequivocal manner. No country voted against the resolution; 25 countries, including the US, abstained.

In 1982, the ninth special emergency session was against Israel’s annexation of the Syrian Golan Heights. While 21 countries voted against the resolution, Bangladesh remained in favour of the resolution that was adopted by the UNGA. The 10th special emergency session was held in a staggered manner from 1997 to 2018. Bangladesh stood firmly on condemning Israel’s attacks and settlements in east Jerusalem, Gaza and the occupied Palestinian territories; Bangladesh’s support for the sovereignty of the Palestinians has never wavered.

The votes cast by Bangladesh in the sixth to tenth emergency special sessions of the UNGA had three features: first, they favoured the sovereignty and territorial integrity of any country; second, Bangladesh voted with the majority of countries; third, Bangladesh was not influenced by the votes of the global or regional powers. The first and third characteristics of Bangladesh’s vote were similar when it was a member of the Security Council. The fact that resolutions co-sponsored by Bangladesh were vetoed is a testimony to the independent and principled stance of the country. In the 11th session, Bangladesh’s vote on the Ukraine question is neither with the majority, nor the principled stance it has espoused for decades.

What will happen in the future?

The conflict in Ukraine will not end soon. It is not clear what Vladimir Putin’s long-term goal is, but it’s easily understandable that Russia is determined to control Ukraine for years to come. On the other hand, the US, Europe, and other countries will continue to press for an end to the ongoing war and the Russian presence. Therefore, the Ukraine issue will reappear on the UN agenda in the future in various ways; more resolutions will be voted on. Bangladesh will have to decide whether to cast a principled vote as it used to in the past, or base its decision on other considerations.

Ali Riaz is a distinguished professor of political science at Illinois State University in the US, and a non-resident senior fellow of the Atlantic Council. 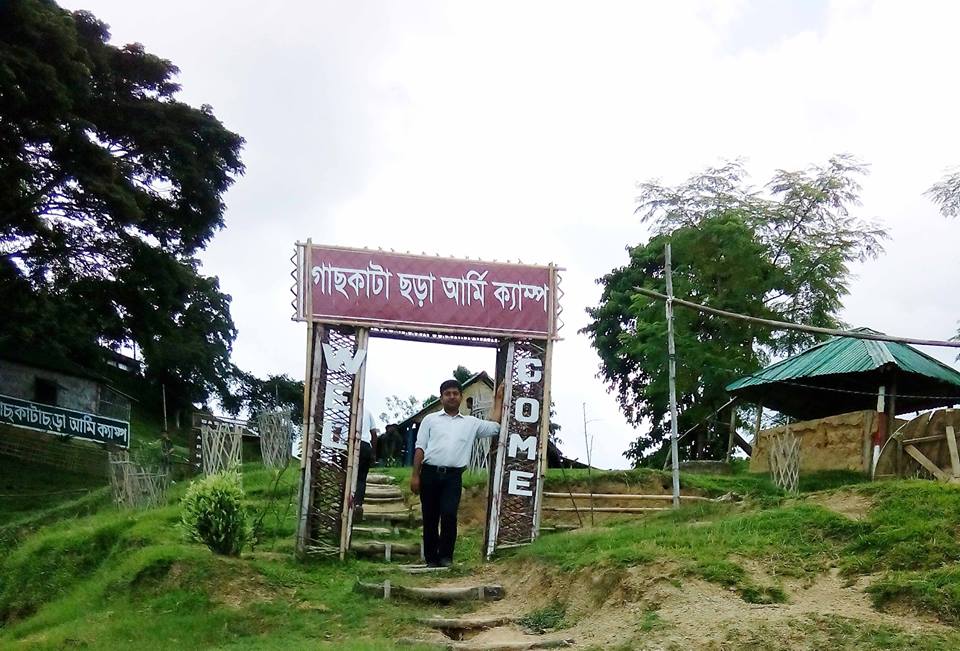 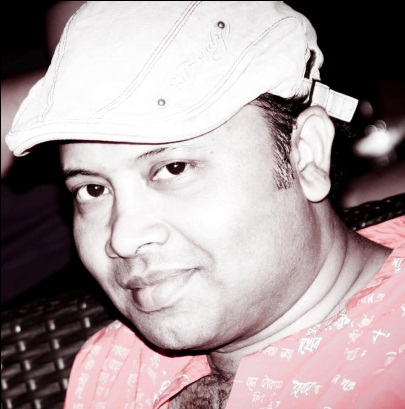