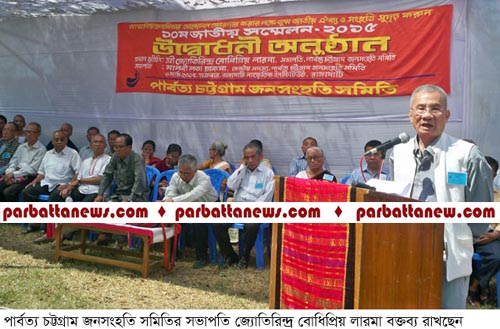 Staff Reporter:
Chittagong hill tracts Regional Council chairman and JSS president Jotirinda Bodhypriyo Larma Santu accused saying that a conspiracy is hatching against Jumma nation living in hill areas for turning it into a Muslim predominant region. Government is governing the people by oppression and torture in Hill Tracts districts like the Pakistani regime did in the past.
Santu Larma said these on Friday morning while he was delivering speech as chief guest at Rangamati auditorium on occasion of 10 th inaugural conference on small nations living in 3 hill districts.
He said further more that from the birth of Bangladesh, military rule and presence of troops are available in this region. Incumbent government neither wants to implement CHT peace accord, nor is sincere to materialize the treaty. It has no good will to actualize it. So we hereby announced in view to inform government that declare the specific schedule for implementing the treaty by April 30, if failed, the Jana Sangati Samitee shall compel to jump into non-cooperation movement from May 1 taking the Jumma people living in hill districts. He expressed hope that time to implement the treaty yet to be finished; Government shall come to settle the issue. He urged government to announce road map for implementing the treaty.
Santu added the hilly people have no willingness to face harsh reality. Jumma people compel to take hard line if Government hesitates to come forward. He argued the hilly populace is small in size. But they conquered over death for achieving their rights; don’t push them to take that consequence. To live without rights is worthless to them.
The JSS leader said Jana Snghati Samitee sworn, at the very moment on its birth, to establish their self-control in the hilly areas So self-control shall be established at any cost. He added that government’s inactiveness in implementing the treaty is ill-motivated. For this reason, the situation of hill districts is worsening day by day. So we once again remind the government if you do not come forward in materializes the treaty in above-mentioned schedule, and then government shall be responsible for the grave situation. As government is reluctant in implementing the treaty, so the communal, fundamentalist and ultra nationalist forces get opportunity to hatch newer conspiracy.
Parbatta Chattagram Jana Sangati Samitee central leader and regional council leader Madhobi Lata was presided over the conference while a dozen of central and regional leaders delivered speech. The leaders who participated the conference were: Ushatan Talukdar MP, Convener of M N Larma Memorial Foundation Bijoy Keton  Chakma, Rangamati Sadar Upazil Parishad Chairman Arun Kanti Chakma, Jana Sangati Samitee organizing secretary Shaktipada Chakma, JSS leader Shishir Chakma.
Sanu Larma termed UPDF as an armed terrorist organization which stands against the treaty and takes up arms for creating anarchy in the hill society. The treaty signed in December 2, 1997 and they began to oppose from that very moment. Government knows it but did not take any action against them. He accused a few number of administrative people is continuing help to them for not implementing the treaty. In fact the men in Government have connectivity to this devil force to dismantle the treaty implementing. Santu Larma urges government to ban UPDF and take all the members of this party under the rule. He argued that implementing Rangamati Medical College, establishing Science and Technology University is detrimental to Jum people. It is for grabbing Jum people’s land. Without implementing the treaty, there is no possibility to establish peace and development in the hill districts. A host of representatives and observers of different hill organization have participated at the conference. 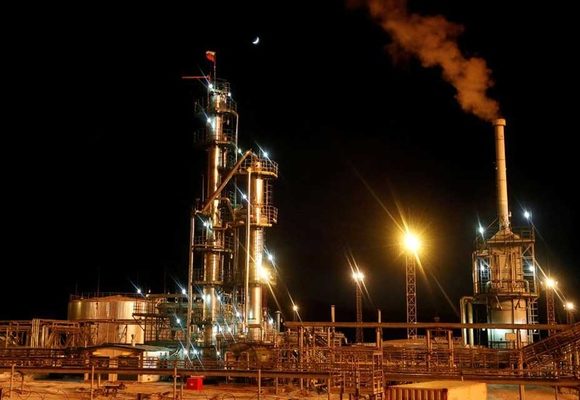 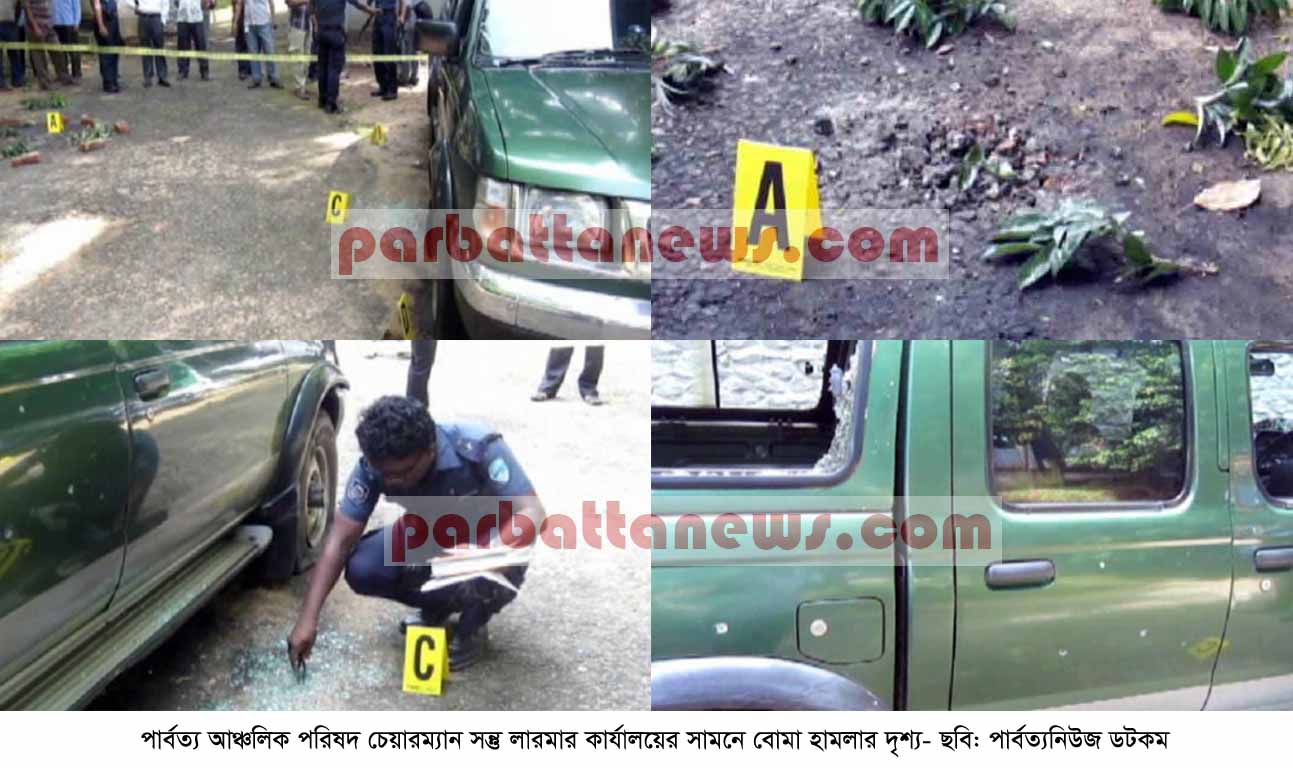