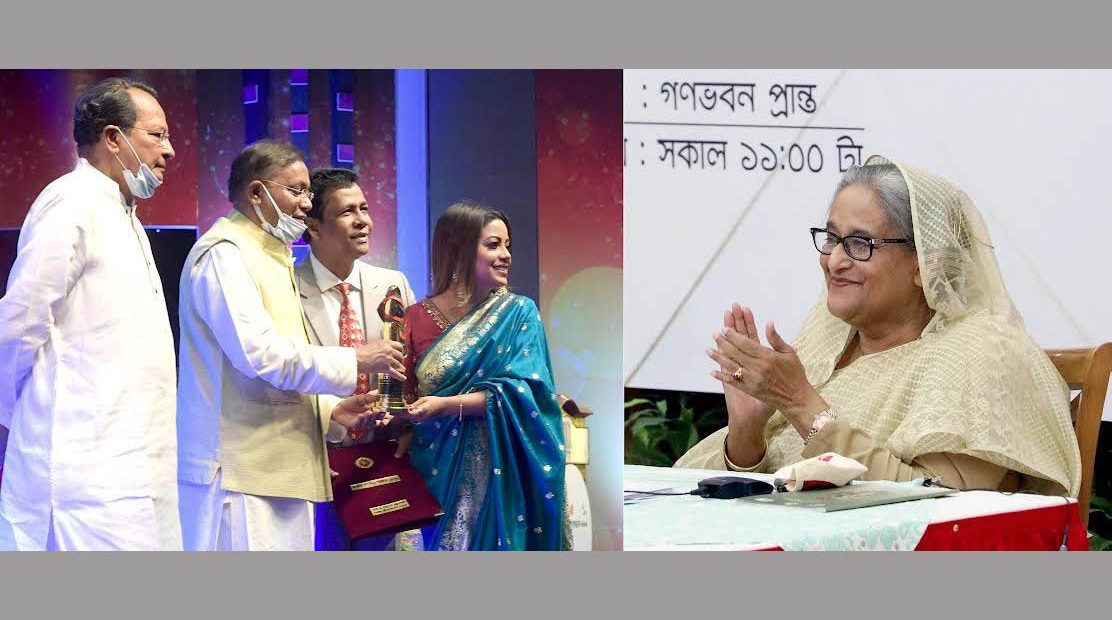 She conferred the awards, the highest recognition of the contribution of artistes to Bangladeshi films, as the chief guest, joining virtually the function from her official Ganabhaban residence here this morning.

On behalf of the prime minister, Information and Broadcasting Minister Dr Hasan Mahmud handed over the awards among the recipients.

The Information and Broadcasting Ministry organised the award giving ceremony with Dr Hasan Mahmud in the chair.

Earlier on February 15 this year, the names of the recipients of National Film Award-2020 have been announced in 27 categories.

‘Gor (The Grave)’ and ‘Bishwoshundori’ movies jointly won the award in the best film category.

Gor (The Grave) was jointly produced by Gazi Rakayet and Faridur Reza Sagar while Anjan Chowdhury was the producer of ‘Bishwoshundori’.

Eminent artistes Anwara Begum and Raisul Islam Asad got the lifetime achievement awards-2020 for their enormous contributions to the film industry.

Gazi Rakayet has been given the best director award for his film ‘Gor’.

On behalf of the recipients, noted artist Raisul Islam Asad expressed his feelings at the function. 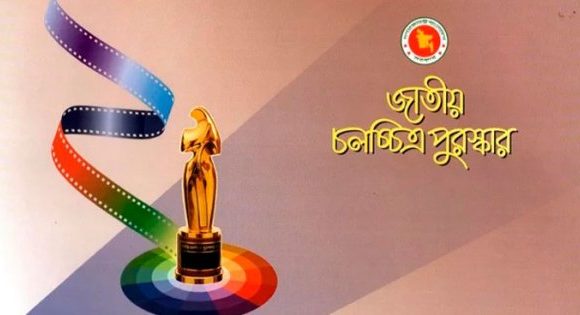