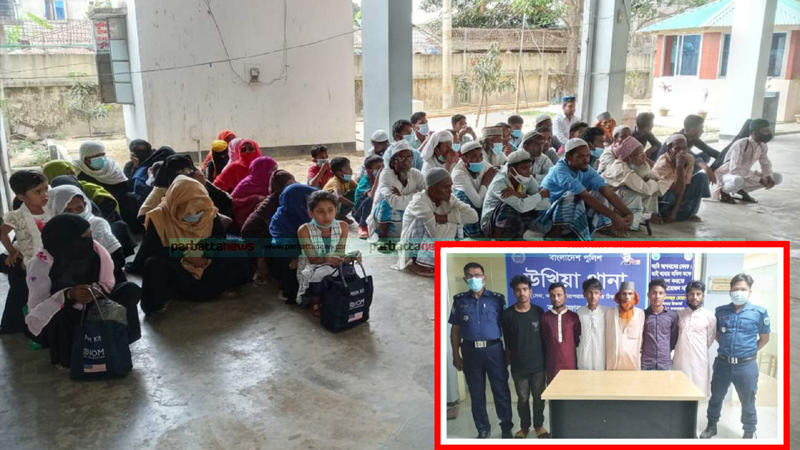 Police on Monday arrested six human traffickers during a raid in front of the land office in Cox’s Bazar’s Ukhia upazila.

They also rescued 48 Malaysia-bound Rohingya men and women from their custody.

Acting on a tip-off, Ukhia Police Station’s Officer-in-Charge Ahmed Sanjur Morshed said, they arrested the traffickers and rescued the Rohingya during a raid around 5am on Monday.

Legal action is underway in this regard, he said.