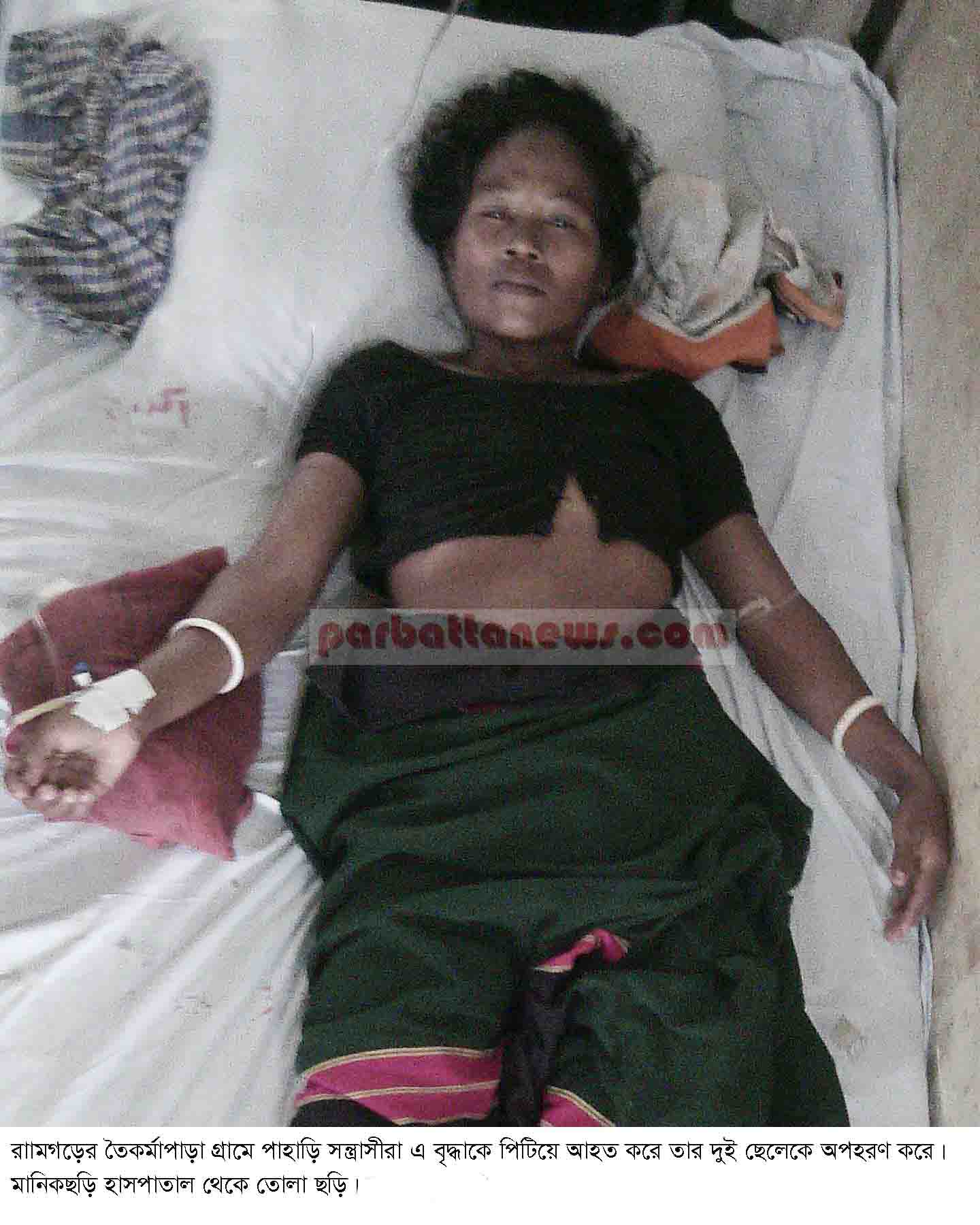 Abducted two of her son intimidation by arm, an old woman, Prembala Tripura was badly beaten by a gang of tribal terrorist in Sunday. This was happened at Taikarmarpara in Hafchhori Union, in Ramgor Injured ancient admitted in Manikchhori General Hospital.

Prembala Tripura informed, near 8pm on Sunday 10 to 12 tribal adults with arms attacked her resident. They tied Provab and Tilura immediately after their entrance by breaking the door. After that, terrorists badly hammered the old lady until her senseless. She was unveiled while they beaten her dreadfully. They took her sons at gun point. She accused, UPDF threatened them for long period as her husband being activist of JSS. This is why, her husband lived in Manikchhori.

Law enforcement were accelerate action from Sunday night to rescue these two siblings and for their strong stand, two brothers have freed on Monday noon. ASP Shahjahan Hossain of Ramgor Circle confirmed the news and said, siblings are quite fine.

Guimara Thana deputy president of JSS (Santu Larma) Joyong Marma criticized strongly on the incident. He said, the old lady tortured only because her husband being an activist of JSS. UPDF still has no ward on this issue. 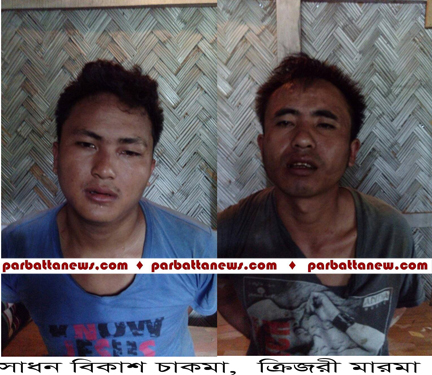 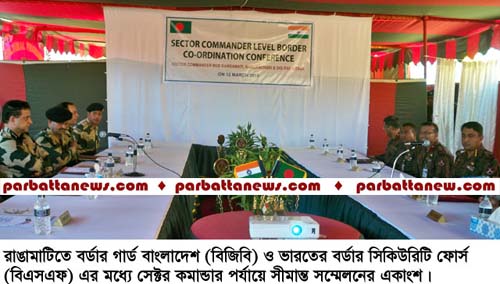