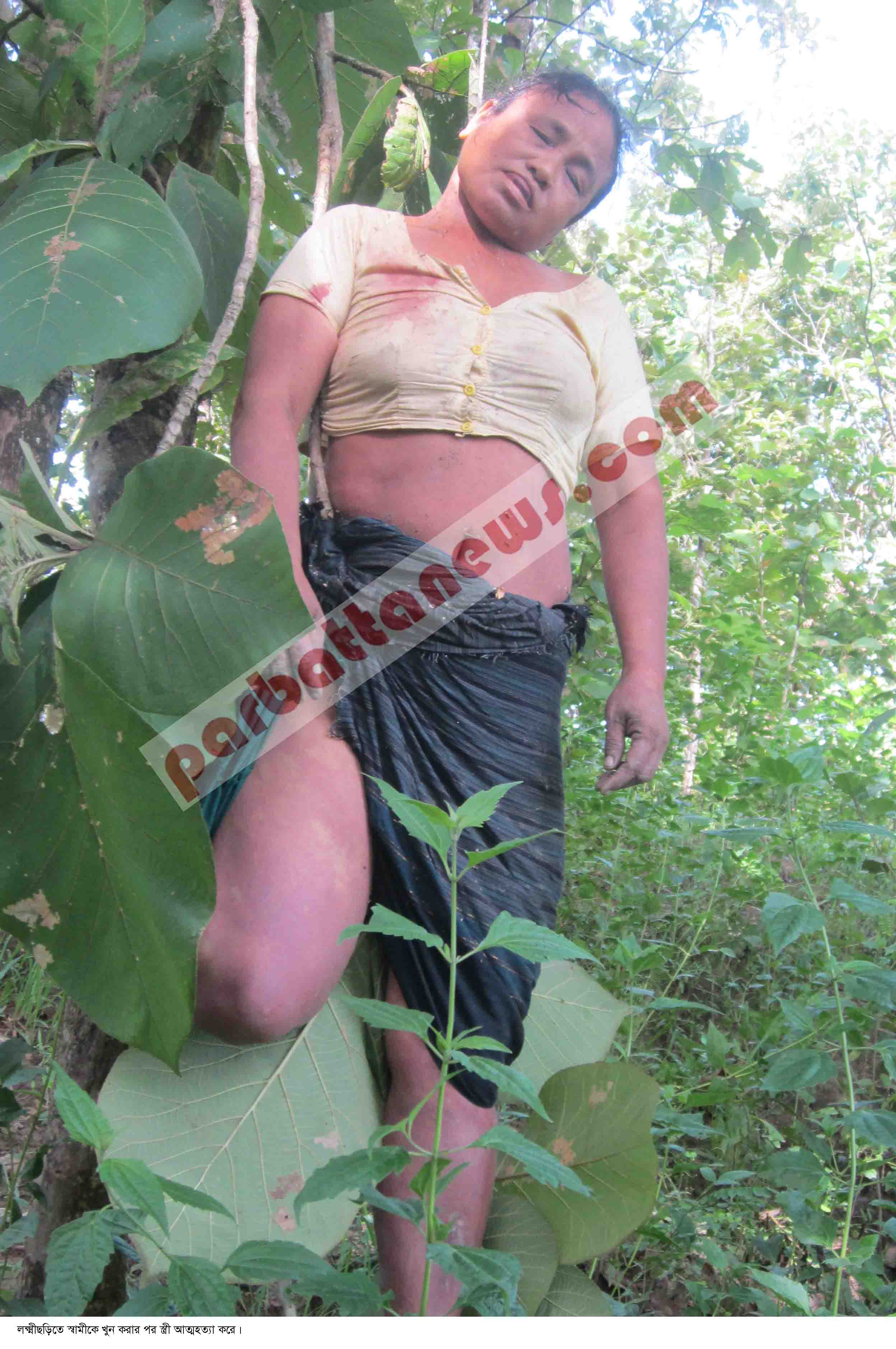 Staff Correspondent:
KHAGRACHHARI: A housewife allegedly committed suicide by hanging herself after killing her husband at Beltali in Laxmichhari upazila early Friday. The deceased were identified as Jatan Mala Chakma, 45, and her husband Dharmadhan Chakma, 55.

Quoting family members, police said Mala stabbed her husband to death around 1:30 am following a family feud. She fled the house soon after the killing. Being informed by local people police recovered the body from their house.

Later, local people found Mala’s body hanging from a tree adjacent her house around 7am. Laxmichhari Thana SI Md Ramjan Hossain said both the bodies were sent to hospital morgue for autopsy.