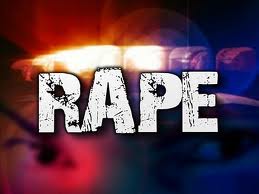 [dropcap font=”arial” fontsize=”60″]7[/dropcap] year old child Runa Akter, student of Chadurkhil Primary School was raped by a tribal young at Manikchari on Sunday at noon. Runa was hospitalized in her dying state.

Source said, the young tribal lurked beside the way Runa crossed every day. He took her behind the school toilet and raped her while she was on the way of her resident after school.  When she reached home, blood covered her tinny body.

Runa’s mother Kanchanmala understood the condition and took her to Manikchari Hospital immediately. Duty doctor Mohiuddin send her to Khagrachari Hospital because of her critical situation.  Kanchanmala, single mother, is a tea-worker. Golam Hossain, Runa’s father left them five years ago.

Police have already appointed a source to find the suspected young, Police In-charge Shafiqul Islam said. Runa said, she can recognize the suspect though cannot recall his name.