ARNA Declaration and our expectations 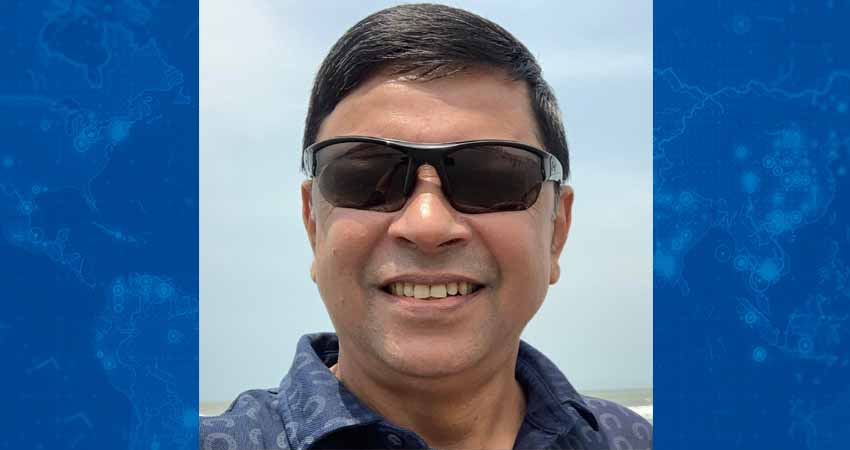 After a lot of efforts, the Rohingya community around the world could come to a sole political platform named Arakan Rohingya National Alliance (ARNA) on November 20. It was a much-awaited requirement and decision, which is needed to establish Rohingya’s right of self-determination, to be able to reach the international community, to guide their future generations, and to engage with all the stakeholders in Myanmar and around the world.

The leaders of the Rohingya community felt the urgency of a unified, strong, credible, and sole political platform to address the Rohingya issue. They realized the requirement of unity and their vibrant role to share the Rohingya community’s distressed state throughout the world, including Myanmar. ARNA Declaration contains 14 clauses and 7 sub-clauses.

The historic declaration reminds the international community and Myanmar about genocidal extermination through the ages, especially since 2012, which reached its climax in 2017, resulting in more than 1 million Rohingya’s exodus to Bangladesh and other countries. The international community did not do enough to prevent this human catastrophe, nor could it resolve the issue even after 5 years.

Rohingya voices were not heard at different international forums by any Rohingya representative, which demands a unified, strong, and credible political platform. The aim and objective of the ARNA shall be to achieve “the right of self-determination” of the Rohingya people consistent with other ethnic nationalities of Myanmar. They ascribed the territorial integrity and sovereignty of the state of Myanmar.

The Rohingya asked for effective and full equality and universal suffrage in an inclusive and federal Democratic Union of Myanmar. They demanded the recognition and protection of the rights of ethnic minorities including their culture, language, education, freedom of worship, and political and human rights. They want peaceful coexistence on the principle of “unity in diversity.” They also agreed to resolve all conflicts and political problems by peaceful means with mutual respect, recognition, dialogue, mediation, and negotiation.

The ARNA is determined to work unitedly in a transparent, accountable, and comprehensive manner to achieve all its goals as enunciated in the ARNA Charter and Rules and Regulations. The ARNA will endeavour to create conducive conditions, by the Myanmar authorities, for the voluntary, safe, dignified, and sustainable repatriation, rehabilitation, and reintegration of the Rohingya refugees and IDPs to their original homes and places in Arakan, from Bangladesh and elsewhere, with full security and suitable reparation.

The ARNA shall organize, inspire, and activate the entire Rohingya community to free themselves from oppression, injustice, and slavery. It will take necessary steps to bring the perpetrators of genocide, crimes against humanity, war crimes, and egregious violations of human rights against Rohingya people to account through all possible avenues and courts of law.

The ARNA appeals to the international community, including neighbouring Bangladesh, OIC and its member states, USA, UK, EU, ASEAN, UN, and all stakeholders of Myanmar to recognize ARNA as the sole political representative of the Rohingya people and deal with it in all affairs of Rohingya’s concern, and for a comprehensive solution to their problems in the shared interest of local, national, and international peace, stability, and prosperity.

The ARNA expresses its deep gratitude to sympathetic quarters which have encouraged the Rohingya leaders to reach to this historic decision of forming ARNA. The Declaration was signed by 15 prominent Rohingya leaders from across the world, including Myanmar.

Like millions of people around the world, we are also very happy to see a unified and sole political platform for the Rohingya community. This is absolutely an essential and immediate requirement. Millions of distressed Rohingya population are looking at the leadership, directives, decisions, and actions of ARNA. A small rift or a mistake by leadership will have a ripple effect resulting in serious consequences.

There might be difference of opinions, philosophies, road maps, or the views on the whole issue. But all parties involved need to work in unison, focusing only on establishing Rohingya’s justice, rights, and freedom as honoured citizens of Myanmar.

There are vested quarters who will try to make rift amongst the leadership through various means. Rohingya leaders must not fall prey to this menace.

The crises in Myanmar has been ongoing for at least 60 years, and till date, we can hardly see any ray of hope. Out of the many crises, the two primary problems are absence of democracy for almost 60 years (except a brief period of quasi-civil government) and the Rohingya issue.

Rohingya leadership needs to resonate their issue constantly. The world’s situation is very dynamic. Geostrategic reality is also changing at a very fast pace. What is relevant and important to the vital stakeholders today might appear dim tomorrow. ARNA’s voice must be heard all across the world, constantly and appropriately. The Rohingya issue must be tabled on all stakeholders’ ends unambiguously.

There are vested quarters trying to Islamize the issue and push it to the spheres of Islamophobia. There are people from other religions in Rohingya community. ARNA must stand guard against this heinous effort of vested quarters, and address this issue squarely.

The trauma with which the next generation of Rohingya is passing their days is inhuman and unimaginable. These kids have seen their mothers, sisters, or relatives being raped and killed by Myanmar military and other law enforcing agencies. They witnessed their fathers or brothers slaughtered or stabbed to death. They came across the blazing of their properties. Thousands were orphaned.

These traumatized people need appropriate attention and guidance. ARNA leadership needs to be connected to all the segments and reach all distressed Rohingya across the world. Leadership needs to put across their clear directives on how the next generation of Rohingya should become educated and prepare to take on the challenges.

Some of the Rohingya in refugee camps are being derailed due to a lack of directive, motivation, and guidance. They must refrain from all anti-social and illegal activities. Otherwise, a wrong signal about the Rohingya community will reach the international community, which the Myanmar government has always tried establish.

As ARNA pledged to bring the perpetrators of genocide, crime against humanity, war crimes, and egregious violations of human rights against Rohingya people, it needs to provide all evidence and other relevant documents to ICJ in a very authentic and organized manner. The good news is that ICJ is taking necessary legal steps to bring the military junta to justice — thanks to OIC, Gambia, Bangladesh Government, and all other stakeholders supporting humanity, world peace, and tranquility.

The Rohingya need to recognize and accept that a conducive and good relation with Rakhine will pave the way for a combined effort against the tyranny and also a prosperous future. ARNA should keep in mind the previous incidents of divide and rule by Myanmar military junta. The provocation of conflict between Rakhine and Rohingya must be avoided. A constructive and positive engagement with all platforms of Rakhine will pave a smooth way forward.

The voice of National Unity Government (NUG) is being taken into consideration by the international community. NUG has also pledged to scrap controversial Citizenship Act 1982, which is the basic requirement for the Rohingya to remain citizens of Myanmar. They are fighting against the Myanmar military junta to establish democracy, to come out of the term “Pariah state,” and to put it back to the rail.

Even though, previously, NUG did not take appropriate steps against Myanmar on the issue of Rohingya genocide, nor did they offer a statement, possibly the time and situation has changed. I would strongly recommend to engage NUG, remain connected with them, and bring home Rohingya’s common interests for now and for the future.

ARNA needs to set its working procedure. There are various issues like foreign liaison and cooperation, finance, education of next generation, liaison with NUG, Rakhine, Myanmar authority; liaison with Bangadesh, UN, USA, UK, EU, China, Russia, Turkey, ASEAN, Saudi Arabia, India, and other stakeholders; liaison with OIC, Gambia; legal issues with ICJ; networking and accountability of Rohingyas spread around the world; repatriation and rehabilitation of Rohingyas to Myanmar; handling of media; connection with the academics, intellectuals, sympathizers; finance; health and education of the distressed Rohingya in refugee camps or IDP, and many more. The ARNA leadership need to distribute the sectors to different leaders of Rohingya for a better, more systematic, and progressive approach.

Our honourable Prime Minister has been extremely sympathetic towards the Rohingya cause from the very beginning. She has taken many unprecedented steps for the Rohingya community and continues to do so, and I am sanguine that she will do so in the future too.

Historically, Bengal always supported Arakan and its population. King of Arakan Min Sowa Mun was given shelter by Bengal ruler Gias Uddin Azam in 1406. The king was in exile in Bengal for 24 years. The same king was reinstated into Arakan by Bengal Ruler Sultan Jalal ud-din Muhammad Shah in 1430. Again, Arakan provided shelter to the Bangladeshi during 1971, which is remembered by all Bangladeshis with gratitude.

Bangladesh and all its population are beside Rohingya with its means and capability. But Bangladesh is already overburdened in every conceivable sector by Rohingya crisis. There has to be an end. Bangladesh, Muslim ummah, or the international community can act as catalysts or major stakeholders — but not the principal player — to resolve the issue. It is the Rohingya, especially its leadership, who should steer the ship. 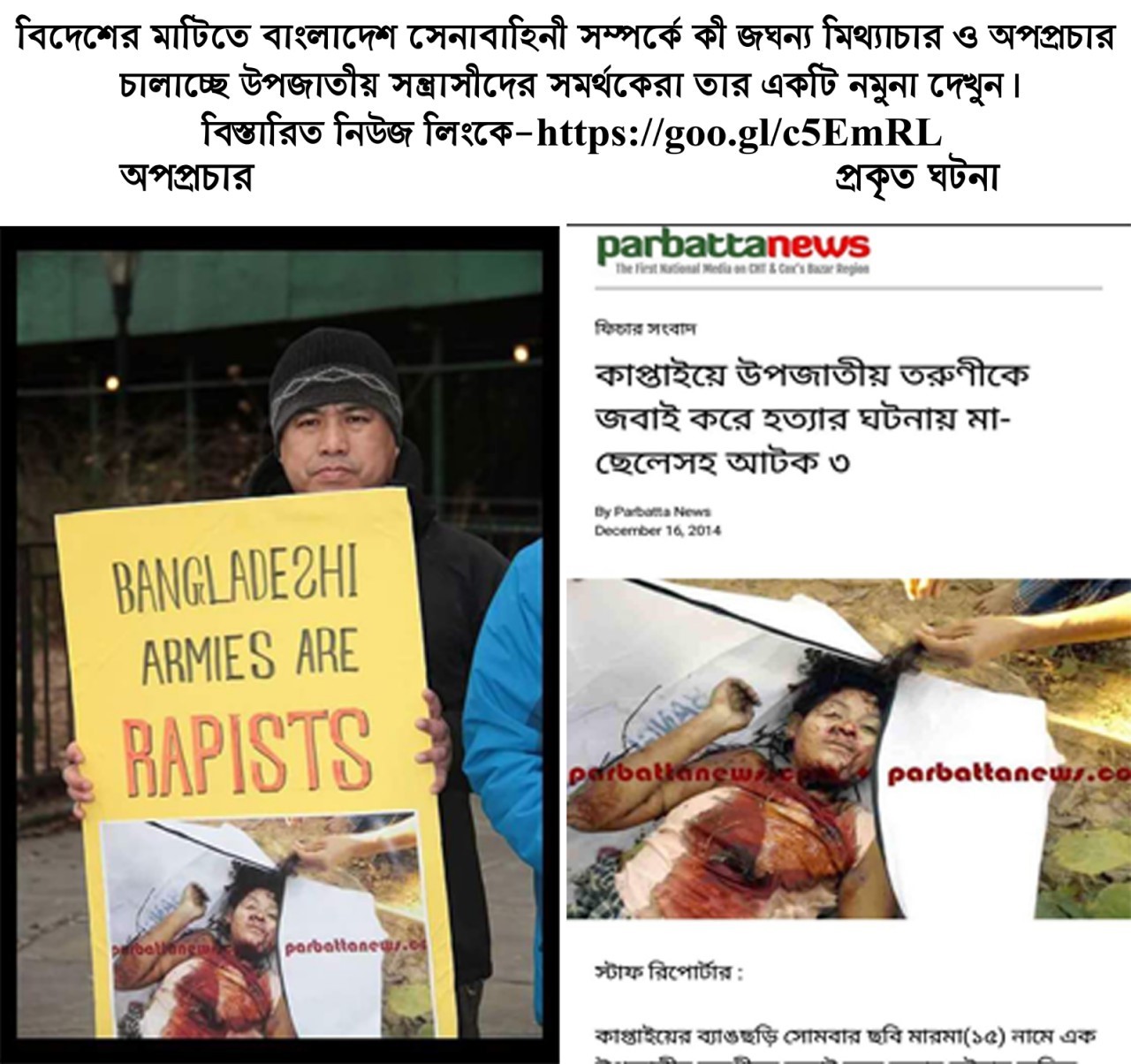 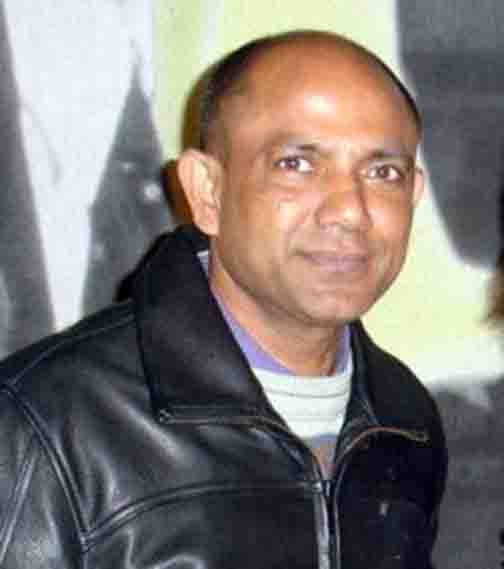