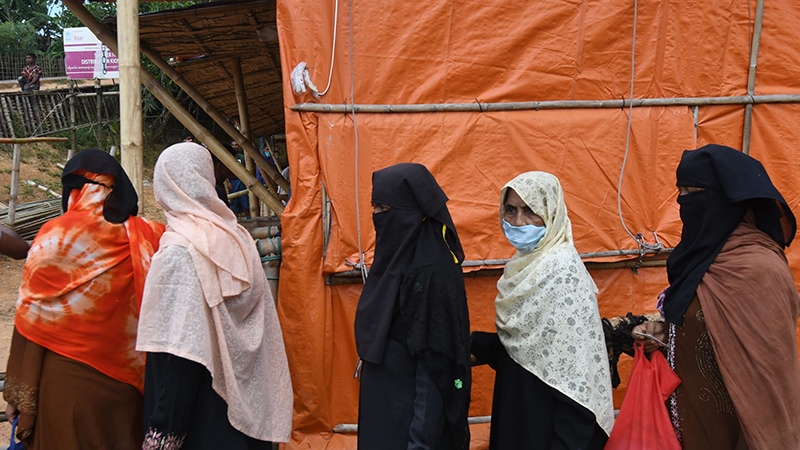 A premier Indian investigating agency has busted a sprawling network for trafficking Rohingya girls from the refugee camps of Bangladesh to India, according to the Irrawaddy online media outlet.

The chargesheet submitted by the National Investigation Agency (NIA) to a court in Guwahati has given lurid details about the network spanning several cities across India from the border states in the northeastern region to Jammu in the north.

So far six persons have been arrested in connection with the episode and remanded to judicial custody after they were produced before the court in Guwahati last month.

The First Information Report (FIR) registered by the agency last year mentions that not only Rohingya refugees but also Bangladeshi nationals had entered India illegally through multiple porous stretches along the international border in India’s frontier zone of the northeast and West Bengal.

Kumkum Ahmed Choudhury, who was among the arrested, was the kingpin of the trafficking racket perceived by the agency to have been a “well-designed larger conspiracy to exploit the illegal migrants and also to destabilize the population ratio and demographic scenario of the country [India].”

Ahmed operated from Bangalore in association with Sahalam Laskar in Jammu and Raju Ali who was based in Bangladesh, according to the chargesheet. The process also involved providing fake identity and travel documents to the victims before they were handed over to employers.

Over a million Rohingya refugees are sheltered at refugee camps in Bangladesh’s coastal district of Cox’s Bazar. They were compelled to leave their homes in Rakhine State in Myanmar over many decades beginning from the late 1970s.

An Indian government official claimed that among the trafficked victims who were apprehended by NIA and lodged at rehabilitation centers were some Rohingya girls who were evicted from Myanmar’s Rakhine State along with their families in 2017.

In India, around 40,000 refugees are scattered at different locations with a maximum of 5,000 settled in Jammu. Many among them have also been repatriated to Myanmar after they were arrested for illegally entering the country. And recently, many groups were apprehended in some border states of India for making efforts to return to the refugee camps in Bangladesh.

The NIA’s investigation began after a batch of nine Rohingya refugees was arrested at Guwahati railway station in Assam last year. The probe that lasted for over a year unraveled a five-layered trafficking network that begins with identifying the victims at the refugee camps in Cox’s Bazar. The victims are lured by a group of Bangladesh nationals with the offer of “better prospects and good opportunities in India.”

In the second layer is a group along the international border whose mandate is to receive the trafficked victims from the agent in Bangladesh and hand them over to the agents of the next layer for further disposal of the victims.

All the arrested traffickers belong to the third layer active in India who strike deals with customers.  They also arrange fake identity documents, railway tickets, cell phones and locate shelters for the victims at different locations till they reach the destination.

The members of the fourth layer are mainly the guides whose tasks are assigned by the traffickers of the third layer. They arrange “pick and drop” procedures for the victims and some among them also travel with the victims on trains until they reach their destinations. The names of more than a dozen guides surfaced during the investigation by the NIA, most of whom operated between Delhi and Jammu.

In the final layer are the end users who pay “huge amounts of money” to the traffickers, which was evident from the transactions between them in a few accounts with the Punjab National Bank, Bandhan Bank and State Bank of India.

Besides the intricate network of traffickers, the investigation by the NIA uncovered atrocities committed against the trafficked victims after they cross the border from Bangladesh. They are subjected to “various types of exploitation” by customers in India, as evidenced by recorded telephone conversations of the accused. In one instance, Bapan Ahmed Choudhury sent minor girls to a destination; the customer had objected and Bapan Ahmed Choudhury was willing to replace them with other women.

NIA’s chargesheet provides yet more stinging evidence of the continuing infiltration from Bangladesh to India. It is also a damning indictment of the Indian government’s efforts to stem the illicit cross-border movement of people and criminal activities along the border, that runs a long distance of 4,056 km.

India’s Minister of State for Defense Ajay Bhatt earlier informed Parliament that there were 441 infiltration attempts along the India-Bangladesh border in the first six months of 2021. He said that 740 infiltrators from Bangladesh were apprehended and one was killed by security forces. 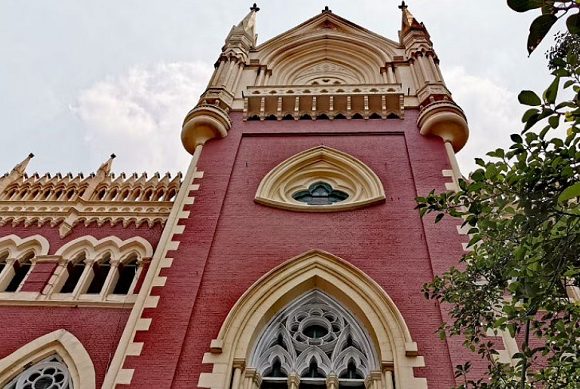 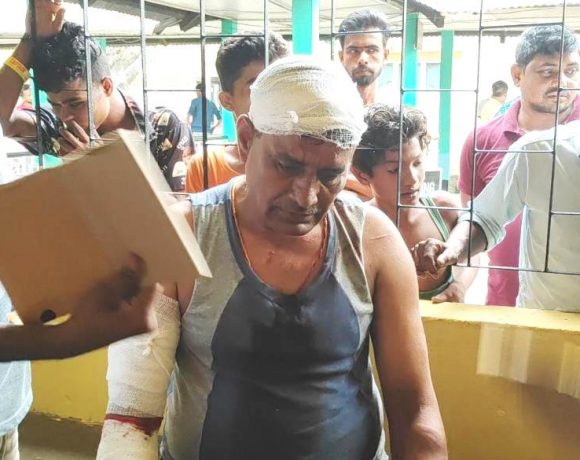