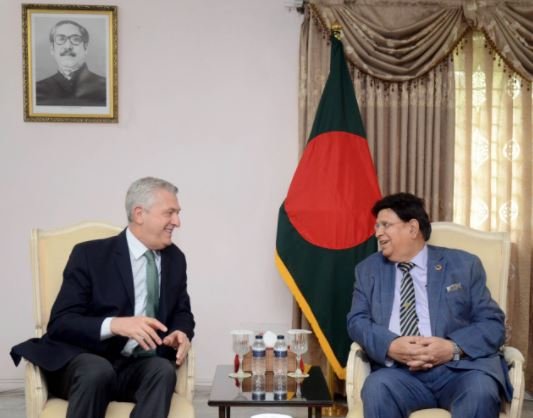 “Bangladesh expects International Community, in particular UNHCR, to enhance their activities in Rakhine in creating environment conducive to the sustainable repatriation of the persecuted Rohingya to Rakhine,” he said on Wednesday.

The Foreign Minister made this remark while visiting United Nations High Commissioner for Refugees and Under-Secretary General Filippo Grandi called on him at the state guest house in Padma.

Dr Momen said proactive engagement of the international community in confidence building among the Rohingya people is crucial for sustainable repatriation.

Thanking UNHCR for its continued engagement in the humanitarian operations for the forcibly displaced Rohingya, he urged the high commissioner to engage with Myanmar with the view to create conducive environment in the Rakhine State for early repatriation.

Momen highlighted the introduction of informal education for the Rohingya children under Myanmar Curriculum in Myanmar Language, skill development activities, livelihood opportunities, health facilities etc. both in Cox’s Bazar and in Bhasan Char.

He expressed hope that these initiatives would facilitate their reintegration in Myanmar society upon return.

The High Commissioner informed that his organisation is making efforts in this regard and assured that he will further pursue this. He underscored that the UNHCR is in the same page with Bangladesh concerning voluntary and sustainable repatriation the Rohingyas to Myanmar.

The foreign minister expressed concern over the presence of huge number of persecuted and displaced Rohingyas which might have multifaceted ramifications on the entire region.

He mentioned that Rohingya, over time, are getting frustrated due to uncertainty over the repatriation and thus are increasingly engaged in criminal activities like drug and human trafficking.

“Also, the prolonged stay of the displaced population is creating tensions among the local population,” he added.

The foreign minister also underscored the need for undertaking projects for the wellbeing of local population.

The High Commissioner lauded Bangladesh for temporarily sheltering and generously providing for such a huge number of displaced Rohingyas.

While sharing his experience of the visits to Cox’s Bazar Rohingya Camp and Bhasan Char, he mentioned that the ardent aspirations of all the Rohingyas he met to return to Myanmar at the earliest.

He assured to extend all sorts of support to Bangladesh in ensuring sustainable repatriation of the Rohingya to Rakhine.

Grandi also informed that the UNHCR and other international agencies are undertaking number of projects for the benefit of the local population in Cox’s Bazar.

While highlighting various aspects of Bhasan Char, the foreign minister emphasized on the full engagement of UN systems in Bhasan Char to provide humanitarian assistance for all the relocated Rohingyas on the island.

The High Commissioner reiterated to continue providing necessary support to the Government of Bangladesh for Bhasan Char. He underscored that ensuring sustainability of the Bhasan Char project is important and all should work together on this.

High Commissioner Filippo Grandi arrived in Bangladesh on May 21 while he travelled to Cox’s Bazar from May 21 to May 23 and visited Bhasan Char on May 24.

He is scheduled to depart Dhaka for Geneva today, Wednesday, May 25, 2022, after wrapping up his fifth visit in Bangladesh. 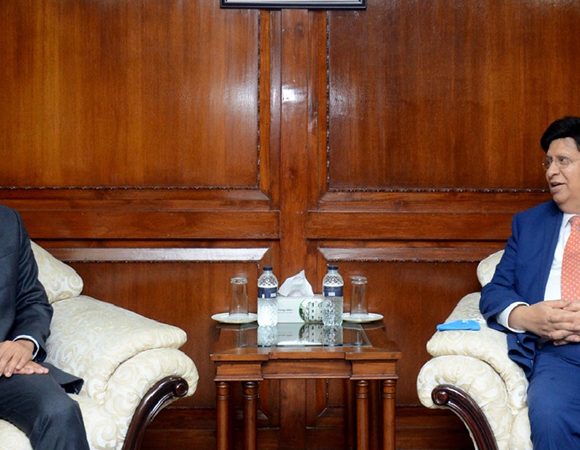