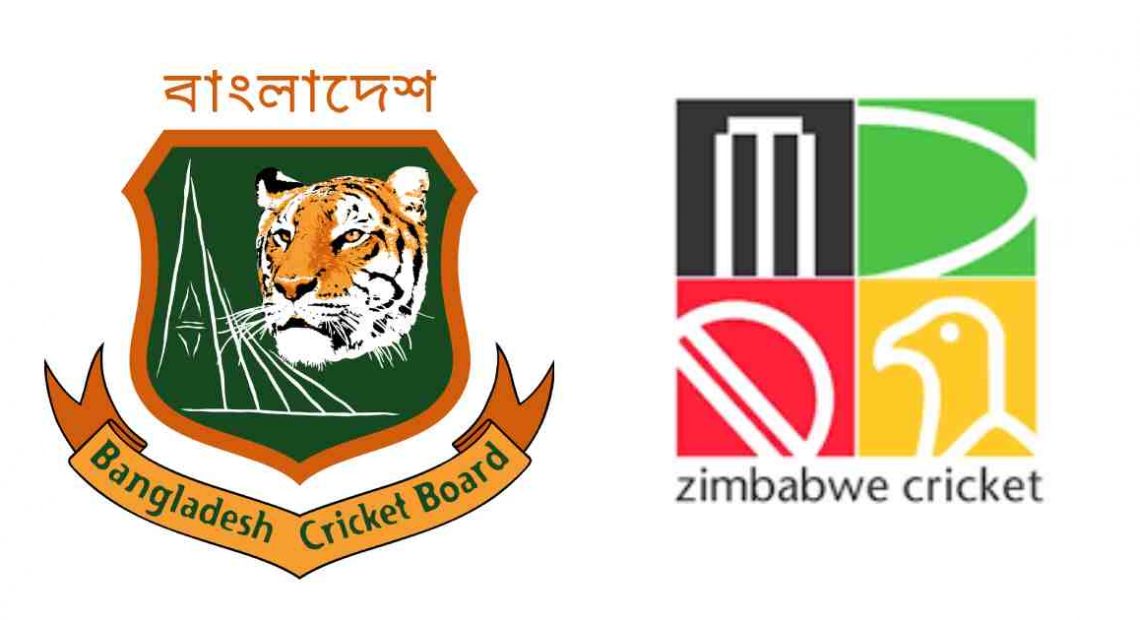 Kaia who hit his maiden century was dismissed on 110 but Raza was unbeaten on 135 and ensured the side’s victory with a six over deep mid-wicket as Zimbabwe reached home with eight balls to spare, scoring 307-5 after Bangladesh posted 303-2.

Raza played 109 balls for his match winning knock and smashed eight fours and six towering sixes while Kaia faced 122 balls for his 110 which designed with 11 fours and two sixes. It was the only second time in Zimbabwe cricket history that their two batters hit century in the same match in this format.

Raza and Kaia added 192-run for the fourth wicket stand, the side’s highest against Bangladesh in this stand to edge the side closer to the victory.

But Bangladesh made a magnificent start, with Mustafizur Rahman removing Zimbabwe captain Regis Chakabva in the first over for 2 and Shoriful Islam dismissing Tarisai Musakanda for 4 in the second over.

Kaia and Wessly Madhevere started repairing job with the side reeling at a precarious 6-2. They added 56 runs and looked compact but Madhevere was run out for 19.

But the arrival of Raza changed the momentum of the game. He though started slowly, soon found his rhythm and unleashed some powerful shots from his repertoire to disarray Bangladesh bowling.

He also sustained a leg injury that made running between the wicket difficult for him but he was unfazed about his physical condition.

Kaia meanwhile reached his maiden century off 115 balls but soon got out, leaving the onus on Raza to drive the side home. Raza who brought up his fourth century off just 81 balls launched another carnage on Bangladeshi bowlers to give the side a deserving victory.

Luke Jongwe was the other notable scorer for Zimbabwe with 24 off 19.
Mustafizur, Mosadddek, Shoriful and Mehidy Hasan Miraz took one wicket apiece for Bangladesh.

Chakabva who is leading the side in absence of injured Sean Williams opted to bowl first despite winning the toss.

Bangladesh compiled posted 303-2, thanks to half-centuries from their top four but in this placid wicket, the total looked always chase-able.
Liton Das was the highest scorer with 81 off 89. Liton who struck nine fours and one six in his knock were well set for his sixth century but had to retire due to muscle cramp.

Even though his Test and T20 comeback was a disappointing one, Anamul Haque Bijoy finally proved his potential with a good comeback in the ODI format, scoring 73 off 62, which studded with six fours and three sixes.

His knock was instrumental in propelling Bangladesh past 300 runs mark.
ODI skipper Tamim Iqbal however made 62 and in the process became the first Bangladeshi batter to reach 8000 runs milestone while Mushfiqur Rahim was not out on 52. Mahmudullah Riyad was also unbeaten on 20. But Tamim’s 62 runs came off 88 balls, which actually left Bangladesh at least 20 runs short at the end.

Tamim reached his 54th half-century off 79 balls and looked set for his century.

Sikandar Raza dismissed Tamim to break through after he struck nine fours for his 88-ball knock. That ended a 119-run opening stand, prompting Anamul Haque Bijoy to the crease for ODI format for the first time after three years.

As he and Liton got going well, the latter had a muscle cramp and had to retire hurt.

However, Mushfiqur and Riyad then took the side past 300 runs with Mushfiqur hitting five fours for his 49 ball-52 not out. But the senior duo could amass just 39 runs in the last five overs with seven wickets at hands.

Apart from Tamim’s slow knock, it was the other reason that caused Bangladesh’s first defeat at the hands of Zimbabwe after 2013. 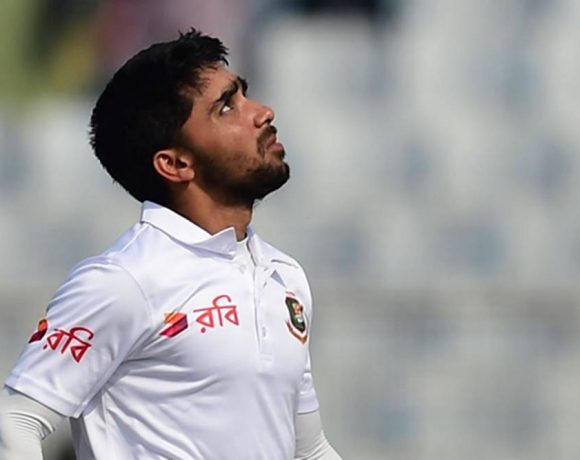 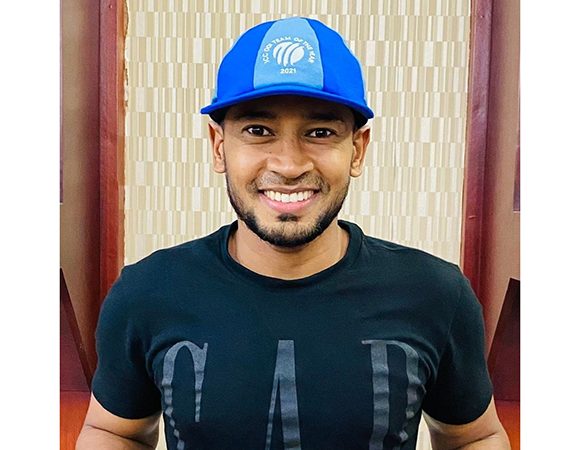 ICC ODI Team of the Year cap on Mushfiqur’s head 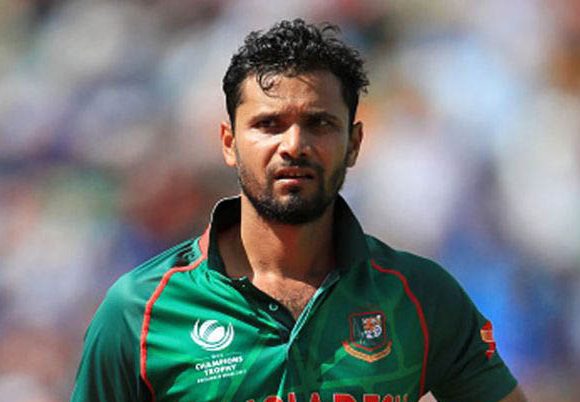