‘Sending us back to Myanmar will be a death sentence’: Delhi Rohingya refugees “Where we are living now is no better than a detention camp,” said 33-year-old Noor Kasim, a Rohingya refugee, as he stared at what was left of his rain-wrecked shanty in Delhi’s Madanpur Khadar, India’s The Quaint reports.

His family of five spent the last few days fixing the tin roof of his makeshift house with plastic sheets so water doesn’t trickle in. Building and rebuilding has been a constant in Kasim’s life since he fled from Myanmar a decade ago after facing persecution there. But this is not just his story. Other Rohingya refugees too share his struggles and anxieties.

“Yesterday, we got to know that the (Indian) government said that we will be shifted to some flats, but I think that news isn’t true anymore. We don’t know what will happen now. Will we be sent to detention camps?” Kasim asked.

On Wednesday, 17 August, the Ministry of Home Affairs (MHA) “clarified” that Rohingya refugees living in Delhi will not be given EWS flats—contradicting Hardeep Singh Puri, the Union Minister of Housing and Urban Affairs. In the morning, Puri had tweeted about Rohingyas living in Delhi being moved to EWS flats in Bakkarwala in the city.

The MHA, in its clarification, had said that it has directed the Delhi government to ensure that the “Rohingya illegal foreigners will continue at the present location as MHA has already taken up the matter of their deportation with the concerned country through the Ministry of External Affairs.”

The MHA also said that “illegal foreigners are to be kept in detention centre till their deportation as per law.”

On Thursday, 18 August, — a day after the Centre’s flip-flop over the issue – The Quint visited the Rohingya refugee camp in Madanpur Khadar, inhabited by 255 people, including 100 children.

‘I have UNHCR card and long-term visa..how can I be illegal?’

A day after MHA’s clarification, a sense of anxiety and foreboding was palpable at the Madanpur Khadar camp.

For Kabir Ahmed, 40, the news from a day ago filled him with dread. A carpenter, he fled to India from Rakhine State in Myanmar in 2012. “I was doing well there; I had a good life. Myanmar is my country after all … But I had to leave because it became a matter of life and death,” said Kabir, as he recalled days and nights of terror in his village.

Kabir lives in the camp in Delhi with his wife and children and wants to return home only when it’s safe. “I will happily return the day my land is safe but till then, we need to stay here in order to survive. Sending us back to Myanmar right now is equal to giving us a death sentence,” he said.

The sword of deportation has been hanging on the refugees’ heads for a long time now, but after the MHA’s official announcement, their worries have only increased manifold.

Kabir carries his UNHCR refugee card in his shirt pocket religiously. The fear of being thrown into a detention camp or worse – of being sent back to Myanmar – haunts him all day. “I am a refugee. I have the UNHCR refugee card as well as the ‘long visa.’ How can I be illegal?” he asked.

“Long visa” is the shorthand many at the refugee camp use for “long-term visas.” These have been issued to many Rohingya refugees living in the various camps of Delhi— a fact that they have been voicing emphatically over the last few years to resist the tag of “intruders” that has come to be associated with them.

“We had heard a lot about India’s generosity and humanity and that’s why we came here,” said Kabir. Over 1,100 Rohingya refugees live in Delhi across camps.

Meanwhile, Sabber Kyaw Min, a Rohingya refugee in Delhi, who runs the Rohingya Human Rights Initiative, said, “The community lacks proper places to sleep, clean and adequate sanitation facilities, and access to medical treatment. Instead, the Indian government is calling us ‘illegal foreigners’ who should be detained and deported to Myanmar, where we face genocide.”

‘What will happen to our children’s education if put in detention camps?’

In 2017, Mohammad Salimullah, a Rohingya refugee living in Delhi, filed a petition in the Supreme Court demanding a stay on the deportation of Rohingya refugees, detained in a Jammu prison, to Myanmar.

In April 2021, the SC passed an order rejecting that plea, with the then CJI Sharad Arvind Bobde saying: “Possibly that is the fear that if they go back to Myanmar, they will be slaughtered. But we cannot control all that. . . We are not called upon to condemn or condone genocide”.

Now with the threat of being sent to a detention camp himself, Salimullah – who lives in the Madanpur Khadar camp with his wife and children – said, “the refugee camp is no less than a jail.”

“Please look at the space around you. We live, eat, bathe, sleep… all in this tiny room. The same goes for every family in this camp,” he said.

At the makeshift camp, even the most basic amenities – such as a clean toilet and clean drinking water – are missing.

Tasleema, a 35-year-old woman who has two children, said, “There are no toilets here, so we go to the fields. At night also we have to go the fields and it’s even more unsafe then. But there is no other option.”

Despite the barrage of difficulties facing them in the camp, the one thing that worries most of them is their children losing access to schools. “Things are bad here but at least our children go to the nearby government school. This way, we have hope that they can lead a better life in the future. If we are thrown in detention camps, their lives will be ruined forever,” said Salimullah.

Rabi Alam was six years old when he moved to India from Myanmar in 2012. Currently, he’s in class 10 and aspires to be a doctor. “I don’t know if it will happen or not, but I do want to try my best,” he said.

Like Alam, the dreams of many children at the camp are contingent on not going to a detention camp.

‘Caught in a political tussle for no fault of our own’: Rohingya refugees

The MHA, in its statement on Wednesday, also claimed that the Delhi government had “proposed to shift the Rohingyas to a new location.” Hours after this, a political slugfest ensued between the Aam Aadmi Party (AAP) and the BJP with the former claiming that the “Home Minister of Delhi and the state government have been bypassed” in this matter.

The Delhi government accused the Centre of “secretly trying to give permanent residence to the Rohingyas in Delhi.”

“The Centre, which was not getting tired of listing this news as its achievement in the morning, is now trying to lay the blame on the Delhi government after the AAP’s protest. Whereas it is a fact that the central government was secretly trying to give permanent residence to the Rohingyas in Delhi,” tweeted Manish Sisodia, the Deputy Chief Minister of Delhi.

As a war of words went on between two parties, Salimullah and other Rohingya refugees at the Madanpur Khadar spent a night of uncertainty. A day later, he told The Quint, “We are caught in the middle of this for no fault of ours,” said a dejected Salimullah.

The Demonisation Of Rohingyas

In the last few years, at least seven fire incidents have been reported from the Rohingya camps in Delhi. The 2018 fire, in peak summer, left them without a roof. Another fire in June 2021 again rendered them homeless.

Beyond these visible challenges, there is one significant trauma that has deeply impacted them — the endless demonisation.

“Ghuspaithiye,” “aatankvaadi,” and “illegal foreigners” are just some of the phrases that have been used to describe Rohingya refugees in India in the last decade or so.

News of communal violence or flare-ups in the city often gets falsely linked to Rohingyas, said Kabir. The most recent example is that of the communal violence that broke out in northwest Delhi’s Jahangirpuri in April this year.

“If there’s any incident in any part of the city, big or small, people start pointing fingers at us (Rohingyas). When Jahangirpuri violence happened, they blamed us again. I had never even heard of Jahangirpuri until then. I have never been there, none of us have. But we will be linked to every crime. We aren’t criminals,” said Kabir. What Foreign Minister Momen Said On Ties With India, China 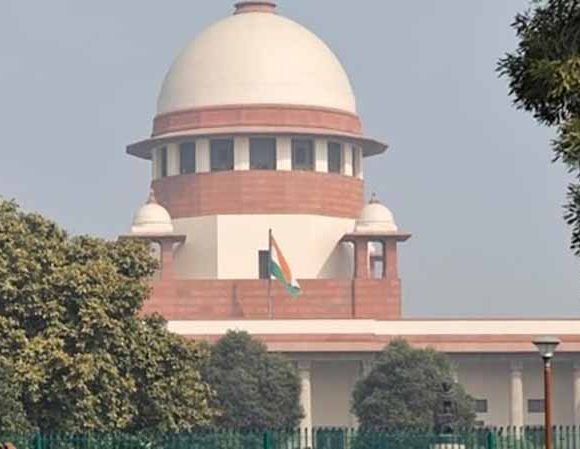