However, the victory not only helped them to avoid the whitewash after 21 years at the hands of Zimbabwe but also gave them a win in their 400th ODI.

Bijoy struck 76 off 71, smashing six fours and four sixes while Afif hit 81 ball-85 not out with the help of six fours and two sixes as Bangladesh piled up 256-9 after being asked to bat first. Bangladesh bowlers then bowled in a disciplined channel to bowl Zimbabwe out for 151 in 32.2 overs.

Ebadot indeed was instrumental in the victory on his debut match as he took the prized scalp of Sikandar Raza who smashed consecutive two unbeaten centuries in Zimbabwe’s victory in the first two matches, which won them the series.

Pacer Hasan Mahmud and offspinner Mehidy Hasan Miraz struck in the first two overs, removing openers Takudzwanashe Kaitano for duck and Tadiwanaseh Marumani for 1 as Zimbabwe were left to 7-2.

Ebadot then dealt a double, dismissing Wessly Madhevere (1) and Sikandar Raza for a golden duck in the consecutive deliveries. Raza’s dismissal made Bangladesh clearly the favourite to win the game. Raza smacked 135 not out and 117 not out in the first two matches to help the side win the first two matches by an identical five-wicket margin.

With 18-4 in just sixth over, there was no way for Zimbabwe to come back like the first two matches as there was no Raza for them this time around.

Mustafizur Rahman got into the act, slicing the middle order before the last wicket pair of Richard Nagarava and Victory Nyauchi resisted. But their 68- run partnership, which was Zimbabwe’s highest run in the 10th wicket reduced the margin and helped the side go past 100 runs, which looked unlikely.

Earlier, Bijoy and Afif were the keys in helping Bangladesh propel past 250 runs mark, which looked unlikely at the placid deck after yet another dismal batting performance of the senior batters.

No other batters however could complement the effort of Afif and Bijoy but that mattered little in the end.

Though Bijoy started well, his captain Tamim Iqbal once again, played a slow-paced innings before being out on 19 off 30.

Zimbabwe fast bowler Brad Evans, playing his only second match, dealt blow twice in his one over, removing Najmul Hossain Shanto and Mushfiqur Rahim. Both were dismissed for a duck.

After bringing up his fifth half-century, Bijoy then failed to convert it into a hundred as Luke Jongwe got the better of him.

Afif and Mahmudullah Riyad resisted but the latter, a senior batter of the side, batted too snail’s pace that it made an adverse impact on the board.

When Richard Ngarava took Mahmudullah out, he was 39 for which he played 69 deliveries.

However Afif’s one-man show at the death took Bangladesh past 250 runs mark and in the process, he raised his third half-century. Evans and Jongwe were the most successful bowler for Zimbabwe with two wickets apiece while Ngarava and Sikandar Raza took one wicket each.

Bangladesh were 2-0 down in the series after losing the first two games by an identical five wickets margin. It was their first series defeat at the hands of Zimbabwe after nine years. Earlier they lost the three-match T20 International series by 2-1, which was also their first ever series defeat against Zimbabwe in the shortest format of cricket. 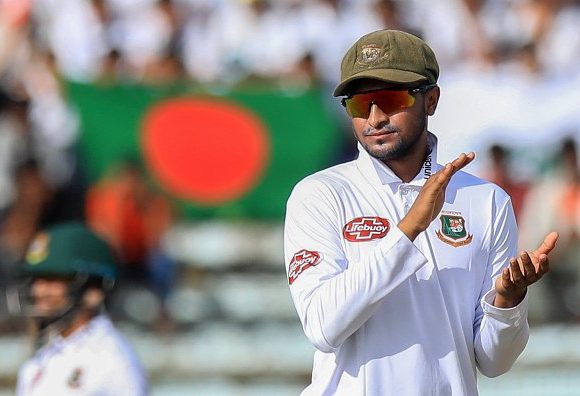