Forward Krishna Rani Sarkar scored a brace as Bangladesh made history by winning the maiden title of the 6th edition of the SAFF Women’s Championship by beating host Nepal by 3-1 goals in the final held today (Monday, Sept 19, 2022)) at Dasharath Rangasala Stadium here.

With this win, Bangladesh has also broken five-time SAFF champions India’s one-sided dominance in the championship, who were knocked out early by host Nepal in the semifinal.

It was another stunning performance by Sabina and Co. in the final, following their winning consistency all through the tournament.

Apart from Krishna Rani Sarkar’s two goals, substitute forward Shamsunnahar Jr supported her with a lone goal to give Bangladesh an early lead and eventually propel Bangladesh to win the SAFF title, breaking the hearts of the Nepalese who appeared in their fifth final since the championship started in 2010.

The Bangladeshi girls passed the test of strength in the title fight of the final. Both teams played enjoyable football throughout the match, but Nepal hardly failed to offer any resistance against Bangladesh in the game, and finally Bangladesh created history by claiming South Asian football’s supremacy.

On a rain-soaked ground following heavy rain, substitute Shamsunnahar Jr. put the first blood for Bangladesh in the 14th minute with a superb top off a cross from Monika Chakma, four minutes after coming off the bench to replace experienced forward injured Sirat Jahan Swapna, who was earlier included in the best eleven, ending all the speculation.

Bangladesh further went ahead in the 42nd minute. This time, Krishna Rani Sarkar brilliantly sent the ball to the net with a perfect left-footed placing shot from inside the box following a through-pass from her skipper, Sabina Khatun.

Bangladesh, however, came under pressure from Nepal after the resumption. The hosts reduced the margin in the 69th minute courtesy of Anita’s lone goal.

However, Krishna sealed Bangladesh’s victory with another perfect finish in the 77th minute, silencing some twenty thousand local crowds in the big bowl.

Bangladesh earlier blanked the Maldives by 3-0 in their group opening match and thrashed Pakistan 6-0 in their second match and defeated defending champions India by 3-0 goals to book their spot in the semifinal as the group A champions.

The girls in red and green confirmed their spot in the semifinal after crushing Bhutan by 8-0 goals in the first semifinal.

While earlier Nepal blanked Bhutan 4-0 in their group opening match and thrashed Sri Lanka 6-0 to secure the semifinal as group B champions.

After that, Nepal edged past holders India by a 1-0 goal in the second semifinal to confirm their spot in the final of the tournament. 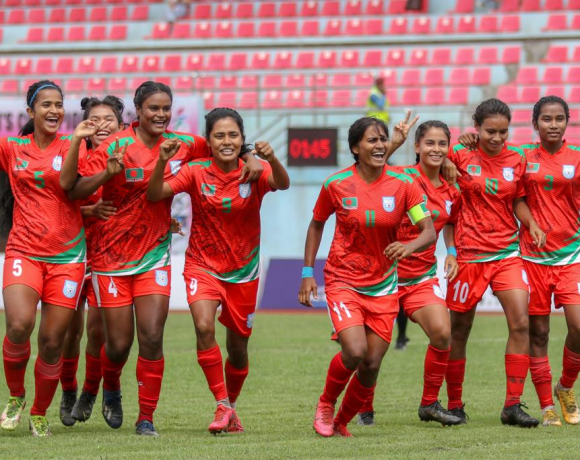 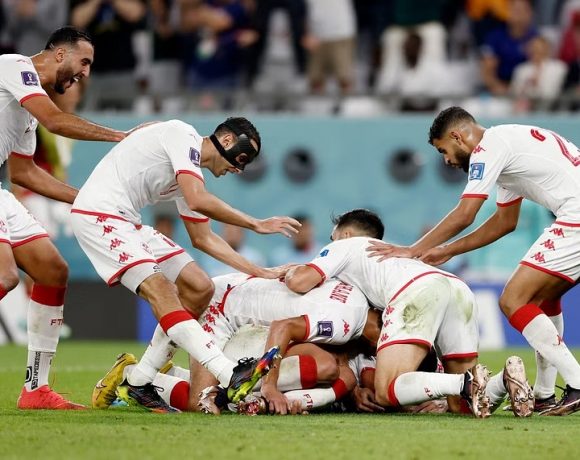 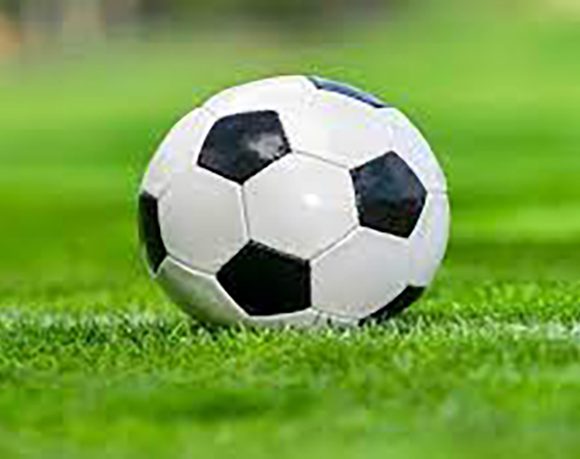